Turn Signal Gloves in the Works 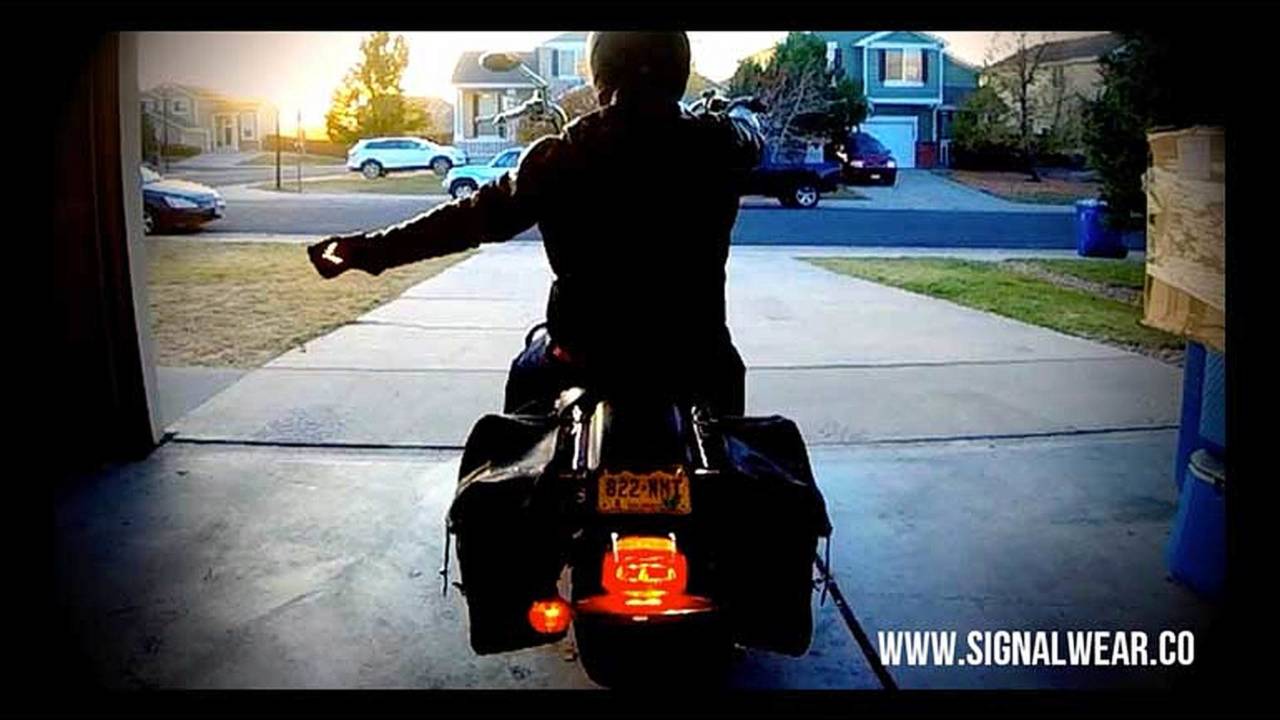 SignalWear, the world’s first “smart gloves to help motorcyclists signal lane changes and turns more visually to other drivers,” has been launched on Kickstarter.

“SignalWear’s Smart Signal Blinking Gloves automatically blink when you change lanes or turn, which is when most deadly motorcycle accidents happen,” said CEO and co-founder Troy De Baca. “Since the rider’s gloves are higher than the turn-signals on the bike, the flashing is more in the line of vision for other drivers, providing added safety to motorcycle riders – especially when they’re navigating in a crowded, urban environment.”

De Baca emphasizes that the reason SignalWear is considered a Smart Glove is the built-in technology that can be unlocked. Riders have the option to upgrade and use the SignalWear GPS App to help them navigate without looking away from the road, reducing distractions and affording motorcyclists an extra degree of safety.

“I was in an accident in 2012 that really shook me up, and I was honestly afraid to do what I loved most, ride my motorcycle,” said De Baca. “Ever since then, I’ve been working on different ways for motorcyclists to be safer and be seen when they’re on the road. Both of SignalWear’s features can only make traveling on a motorcycle safer for the rider and other motorists, as well.”

The gloves have two components: The Lane Changer – super-bright chevron LED's that activate with a multi-function push I/O button. The Lane Changer can be pushed to manually activate an LED blinker with a micro switch in the thumb of the glove or by tilt activation. This is one of the many smart features that allow a rider to activate the LED’s by using the recommended two wheel safety hand signals for right and left turns.

The SignalBox function is hardwired into the motorcycle's existing blinker system, signaling the glove to blink in conjunction with the turn signal. “With the introduction of SignalWear, along with the Smart Jacket, Helmet LED's and other accessories, we are challenging and moving the safety industry into the future,” De Baca said. To purchase SignalWear at an early-bird discount during crowdfunding, or for more information, visit the SignalWear Kickstarter Campaign Page.