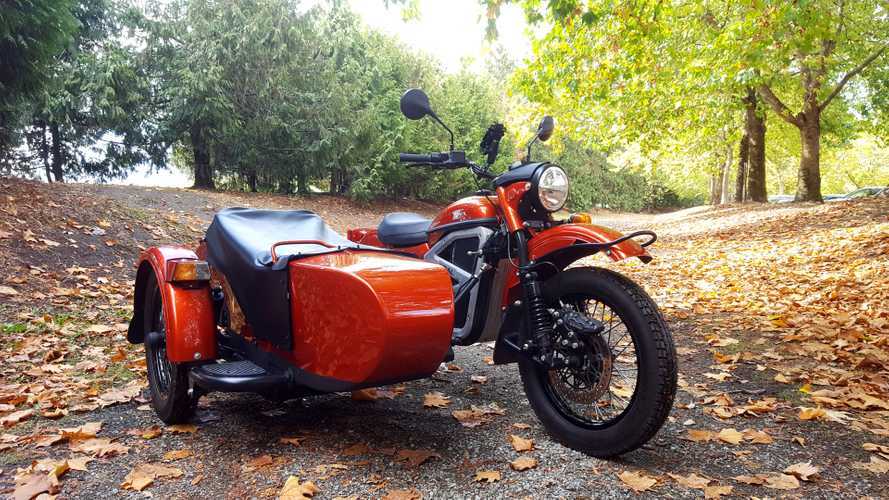 Back at the beginning of October, I had the pleasure of flying out to Seattle to try out Ural's new electric cT concept. I flew out of Detroit Metro on a Friday Afternoon—shout out to Alaska Air's killer cheese plate—and landed in blustery Seattle just as the sun was setting. By the time I got up to Ural HQ in Redmond, it was dark, cold, and the rain was starting up—the perfect time to pick up an experimental electric motorcycle. After a tutorial and a quick shakedown in the parking lot, I rode the unnervingly silent cT back to the hotel, parked it, and hit the sack.

Next morning I was up and out of the hotel as soon as it was light out. See, I only had a few hours with the prototype so I wanted to make the most of it. In the run-up to my visit, Ural had planned a few routes for me—some city, some country—that were within the bike's range but still challenging enough to give me a feel for it. Since I'm a city boy, I chose a route that took me from Redmond to Pike's Place Market. The route was primarily surface streets, but I detoured a couple times to wind the bike out on the freeway to see what it could do.

In the eight or so hours I had the bike, I rode down into the city for breakfast with a good friend at the amazing and hilariously named Biscuit Bitch, explored some neighborhoods, rode down to Gas Works Park for some pictures, let some kids sit in the sidecar, stopped at half a dozen coffee shops, ate a truly mediocre shwarma, and generally put the prototype through its paces. It performed flawlessly.

The electric cT is incredibly smooth and quiet thanks to the Zero powerplant and battery packs. It has excellent throttle response and is quick off the line thanks to the instant-on torque from the electric motor, though all that legendary electric motor torque seemed offset a bit by the weight of the bike and the sidecar-mounted batteries. That said, it's way quicker and more responsive than its gas-burning siblings.

Thanks to the Zero controller and some custom-made software, the electric cT has three riding modes; sport, economy, and custom. Sport is Zero's regular sport mode that uses all the powerplant's power and does no regenerative braking. Economy is the standard Zero setting and does all the regenerative braking. Custom was designed especially for the cT and is a mix of both modes with some tweaked levels to compensate for the sidecar. I left the bike primarily in custom mode and it did everything I wanted around town.  I hopped on the freeway to try out sport mode, and let me tell you, it's definitely sporty. It took all the anxiety out of merging and passing, and easily kept up with the flow of traffic.

Around town, the electric cT is just as agile and easy to live with as a standard model. It gets in and out of parking spots no problem and weaves through heavy city traffic with ease. It's definitely going to need a handlebar-mounted reverse switch if it goes to production, though. That's a must-have.

Overall, the electric cT is a pretty remarkable piece of engineering and surprisingly well sorted for a prototype. It's easy to ride, gets surprisingly good range considering A: it's a proof-of-concept, B: it weighs a ton, and C: the electric powerplant systems are a couple years old, and is a fantastic mix of old and new. If a cobbled-together electric Ural running circa 2016 Zero parts is this good, and it is very good, friends, an all-electric cT with a dedicated, modern powerplant will be phenomenal.

Hopefully we'll see something very much like the electric cT on showroom floors soon. I'll take one in military green, please.