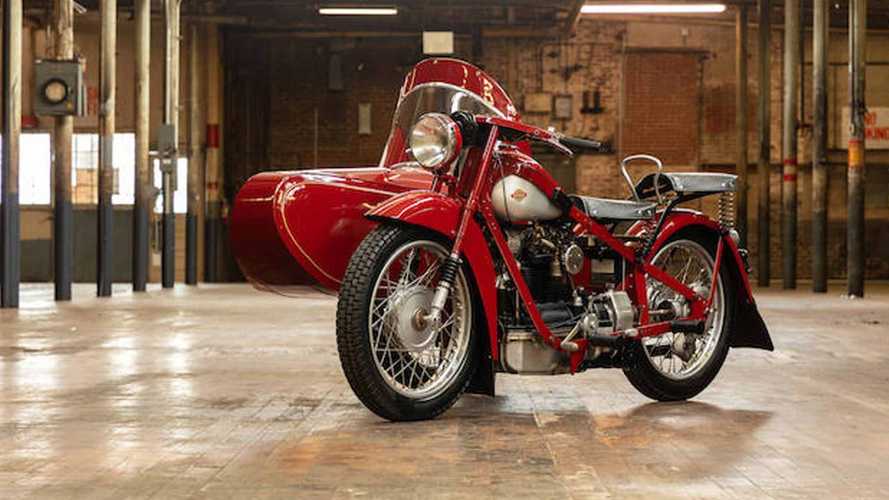 Another McQueen bike joins the Barber Motorsports Museum of October 6

If anybody ever doubted that actor and racer Steve McQueen was a hardcore gearhead, here’s another piece from his former bike collection looking for a new owner. Earlier in the summer, Bonhams announced that McQueen’s 1970 Husky from the documentary “On Any Sunday” would roll up the stage on October 6 and go home with the highest bidder. A new McQueen bike has been added on the agenda of Barber Motorsports Museum auction: a rare 1939 Nimbus 750 complete with a sidecar.

This bike has nothing to do with any McQueen movie—looks like he owned this one for pure pleasure. The Nimbus was the work of Danish company Fisker & Nielsen of Copenhagen. To this day, the company now called Nilfisk specializes in vacuum cleaners. What does a bike have to do with a vacuum cleaner? Nothing really, but that didn’t keep founder Peder Andersen Fisker from dreaming of making his own motorcycle.

So he did, and in 1919 he introduced the Nimbus “Stovepipe”. Surprisingly,  the bike was pretty ahead of its time, built with a strong yet light frame. The model was fine-tuned over the years, offering two types of suspensions that became Type A and Type B. A recession cause the company to halt production in 1926 and discontinue the Type A and B. After a six year hiatus, Fisker and his son picked up where they had left off and introduced the Type C in 1934, the model that carried the company until 1960.

The Nimbus Type C is powered by a 746cc, inline four, air-cooler engine that produces 22 horsepower. It features a then newly developed hydraulic telescopic fork. Nicknamed the Bumblebee, it became the best-selling motorcycles in Denmark. Despite its advanced concept, the Nimbus didn’t manage to keep up with modern bikes and was eventually removed from production in 1960.

What’s so special about McQueen’s ex-Type C is that very few have been exported outside of Europe. Of the 12,000 units produced, only 200 have made their way to the U.S., including this one.

The red Nimbus has since had a new owner who bought the motorcycle from the McQueen estate auction in 1984. He took great care to refresh (not restore) the model with advice and help form experts, meaning the bike has retained its historical cachet and is as close to the state McQueen would have kept it in as possible.