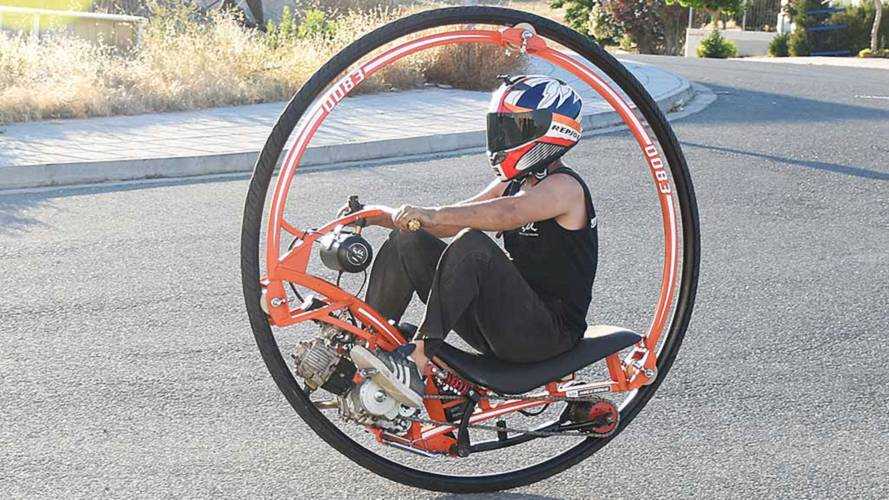 Some DIY projects are scary, others are great. Ever dreamed of having your own monowheel? Make it Extreme has you covered in exchange for your patronage.

Here's a do-it-yourself that won't turn into a disaster

Some DIY projects can be kind of scary. Others turn out really awesome, especially if a specialized shop provides you with the A to Z instructions. How about you get working on your very own monowheel motorbike? A company called Make It Extreme has everything you need to get started.

A COFFEE MACHINE FOR THE GARAGE: Rev Up Your Day With a DIY Piston Coffee Press

The concept is simple: you like what you see? Make It Extreme will help you build it in exchange for your patronage. The team base in Cyprus, Greece has a full lineup of really cool DIY projects, but you know us by now: the monowheel was obviously going to be the one project we were going to be excited about.

SOMEONE ELSE'S DIY IS IN THERE: Top 10 Most Frightening Motorcycles

By pledging at least $10 a month, Make it Extreme will let you in on its secret plans for how to build your very own monowheel bike. In return, the money received from patrons helps the team create new video tutorials and new crazy contraptions. The monowheel design is fairly simple, at least on paper: a bicycle-like frame mounted inside an oversize wheel fitted with an engine and a belt drive. In reality, it probably requires a fair amount of craftiness so you better be serious about your DIY envies.

In the example Make It Extreme has built, the monowheel is powered by a 190cc, four-stroke engine, but the beauty of building your own is that you get to choose every part you wish to use along the way. The gigantic tire is actually made of four motorcycle tires glued together. The wheel itself is made of a 40mm tube shaped into a circle.

Your $10 or more a month will give you access to the monowheel how-to, but also to any other plan Make it Extreme has, be an English wheel, a ball mill, an electric rotary gun, etc. The only limit to what you can build is your imagination and the laws of physics. What have you created today?