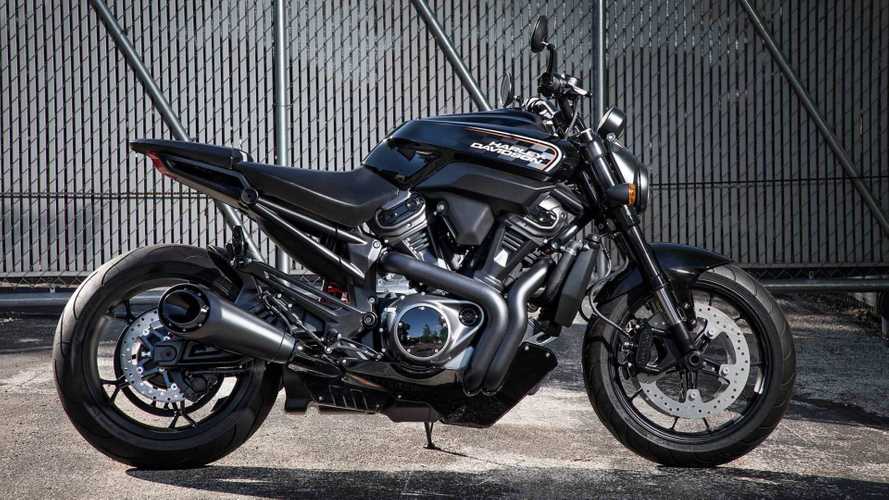 From the LiveWire to a new ADV bike to small-displacement mills for emerging Asian markets, Harley seems to have finally figured out a new way forward.

Guys! GUYS! We just got some major news from Harley-Davidson that you all need to hear. We've been hearing rumors out of Milwaukee for a while now about a huge announcement from the Motor Company regarding its future. We were all like, "Psssssh, sure. Whatever. Bet it's a new line of jackets or a Sportster with a new paint job or something." Turns out we were wrong. Way wrong. Harley dropped the announcement on us this morning and, whew, it's actually pretty amazing.

In an effort to get more people riding globally—on Harleys, coincidentally—and to make some lemonade out of the lemons it's been handed recently, the MoCo has unveiled a plan called, "More Roads to Harley Davidson."

“The bold actions we are announcing today leverage Harley-Davidson’s vast capabilities and competitive firepower—our excellence in product development and manufacturing, the global appeal of the brand and of course, our great dealer network,” said Harley's president and CEO Matt Levatich. “Alongside our existing loyal riders, we will lead the next revolution of two-wheeled freedom to inspire future riders who have yet to even think about the thrill of riding.”

That's some bold talk boss man, but what does it mean? Well, for starters, it means a pretty dramatic re-imagining of the Harley brand as a global force with a seriously deep product selection selling bikes that people actually want in other markets rather than trying to sell heavy, big bore American-style cruisers to people in Thailand and Vietnam. How do they plan to do that? Check this out, straight from Harley's press release.

The LiveWire finally arrives! And it brought friends!

We've been excited about the LiveWire for a while, and now it looks like it's really happening! Not only is finally coming out, but it's bringing friends! Apparently, the LiveWire is just one of a new line of electric bikes Harley wants to release. No new details on the LiveWire as of yet, but apparently it's dropping in 2019. Stay tuned.

One of the proposed Harley electric bikes.

This could be a real game changer for the Motor Company.

OMG A HARLEY ADV BIKE. Seriously, look at this thing! It's like a Road Glide and an Africa Twin had a baby. An adorable baby! All we know about it is that it'll have a new 1250cc mill and has a release date of 2020. Hopefully, it'll be light and sturdy enough to be an actual ADV bike and not just a poser, but I, for one, have high hopes about this thing.

I miss Buell and V-twin sportbikes rule, so I want this to succeed real bad.

Remember Buell? I do, and with a lot more fondness than I reckon most people do. Looks like someone in Milwaukee remembers Buell too by the looks of this thing. It doesn't have a name yet, but it looks like it has the 1250cc engine in it and Harley says it'll hit the streets in 2020? Cool? Maybe. Hopefully.

Is Harley trying single-handedly to bring back the square headlight? If so, I'm in.

This one's a mystery. The lines and general silhouette say "Sportster" to me, but it's definitely not a Sporty. Again with that 1250cc mill and...wait...is that a radiator hung on the downtubes? Whatever this thing is and wherever it'll fit into Harley's new lineup remains to be seen, but my curiosity is definitely piqued.

So there, that's the big announcement. It's actually really big and really surprising, too! There's more to it, stuff about dealers and financing and some other business-y stuff we didn't think you all would be that interested in. If you'd like to know more—and why wouldn't you?—check out the full announcement here.