Wait. Is the Harley-Davidson V-Rod Dead? 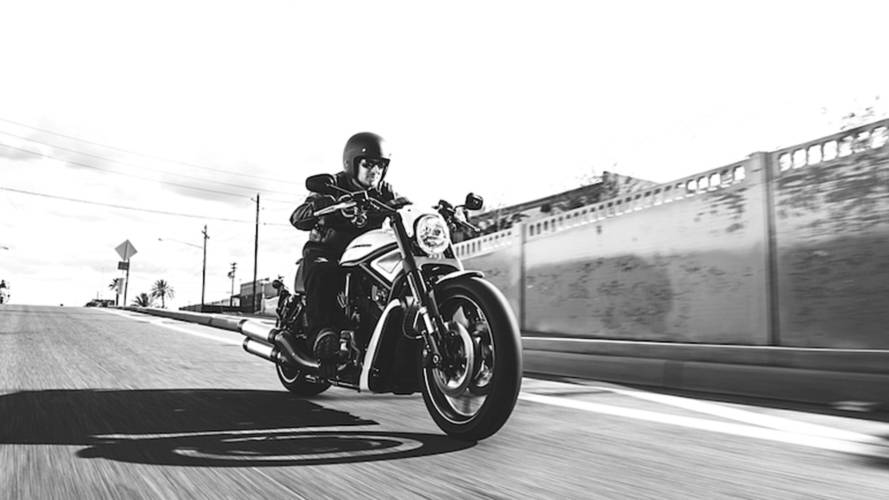 One of Harley's more infamous bikes has been scrapped for 2018. Will you miss it?

(In)famous model absent from 2018 line up

In all the excitement of Harley-Davidson unveiling 17 new models this week (that’s their official count) it appears many of us didn’t think much about models in the Milwaukee giant’s existing line-up that were being put out to pasture in the process.

So, it sort of escaped our attention that the V-Rod is no more. Credit goes to the folks at Visordown for spotting that the power cruiser is not a part of the 2018 lineup. Maybe it will come back in some other form, but for now it appears the V-Rod is dead.

Technically, yes, with those exposed rear shocks the V-Rod was a Dyna, and Harley has been upfront about letting us know those are being dropped, but… but… this is the V-Rod! The entirely unique V-Rod, with its 1131cc liquid-cooled engine capable of 125 hp out of the box and quite a bit more with a little tweaking.

The VRSC, as it was known among those who like to speak in Harley letter code, was first introduced in 2001. The 60-degree V-twin was, well, a revolution in the Harley world and its engine, developed in partnership with Porsche, was so named: the Revolution engine.

Unfortunately, and for reasons that no one can really nail down, the V-Rod was never the big hit that Harley hoped it would be, despite numerous variations on the theme, including the Night Rod, Street Rod (not to be confused with the Street Rod), and V-Rod Muscle.

The V-Rod certainly wasn’t a disaster, as those who are fond of hyperbole may claim. A bike with a 16-year run is not a disaster. The Victory Judge – that was a disaster; it lasted two years and was changed twice. The V-Rod was just not as successful as one would expect a Harley product to be, especially a Harley product that seemed to answer riders’ calls for a more modern Harley. It was liquid-cooled, and ABS was available from 2008.

Some say it faltered because it tried too hard to bridge the considerable gap between Harley traditionalists and fans of Japanese performance bikes. So, its liquid cooling was off putting to the old guard, as well as its “tiny” powerplant (nevermind that the Revolution engine was more powerful than Harley’s big twins, size matters). Meanwhile its cruiser-like handling managed to displease those who are into performance.

It was, admittedly, an odd duck. To me it looked like a squashed Japanese bike, like someone placed a building on top of a Suzuki. So, I won’t miss it. If Harley’s letting the bike go, it seems others won’t miss it either. But that engine, though. It's a shame to shuffle that away into the archives.

A few weeks ago, when we all sat around telling Harley what to do, one or two folks suggested the powerplant would have been well suited to a sport tourer or a performance bagger. The former was never going to happen, but the latter makes sense if you ask me – a kind of American response to the BMW R 1200 RT. It does seem a shame that Harley never chose to go this way with the platform. And now we’ll never really get a chance to see its potential fully realized.

Farwell the V-Rod. You will be missed. Well, the engine, at least...