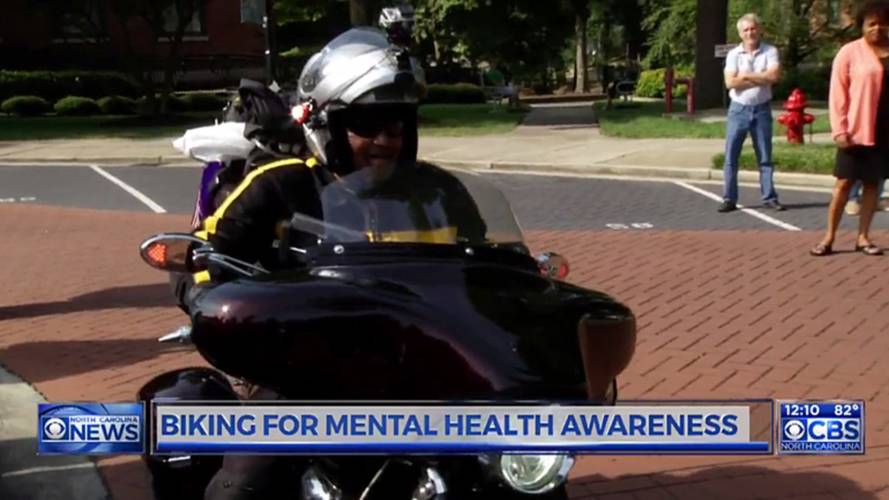 A college professor from North Carolina set out on the Four Corners Ride to raise mental health awareness.

“What matters to me is that if the people who are out there listening take a positive message from it and the people who may be sitting somewhere on the verge of deciding ‘I want to make a change’,” Horne told WNCN. “I encourage them to step up to make a change, to step out, come out of that darkness and say, ‘Hey, look, I have issues. I have a mental health disorder or I think I might have one.’”

According to the National Association of Mental Illness, one in five American adults experience mental health issues. The association also estimates at least 43.8 million Americans deal with mental illness annually. Dr. Horne states that among minorities, health experts and researchers find mental health can often be dismissed and left untreated.

“When you’re working with people in under-served populations, a lot of times they don’t get the attention that they need because there are so many barriers that get in the way,” Dr. Horne said. The former U.S. Marine plans to bring more attention to the importance of wellness. His first stop on his ride north will be at the Marine Base Quantico in Prince William County, Virginia, where he hopes to further discuss mental health among soldiers and veterans.

On this ride he hopes to provide some peace of mind for his countrymen who might otherwise go unnoticed. He hopes to raise $30,000 for the National Board for Certified Counselors Foundation and the Uganda Counselors Association, as well as several other organizations.