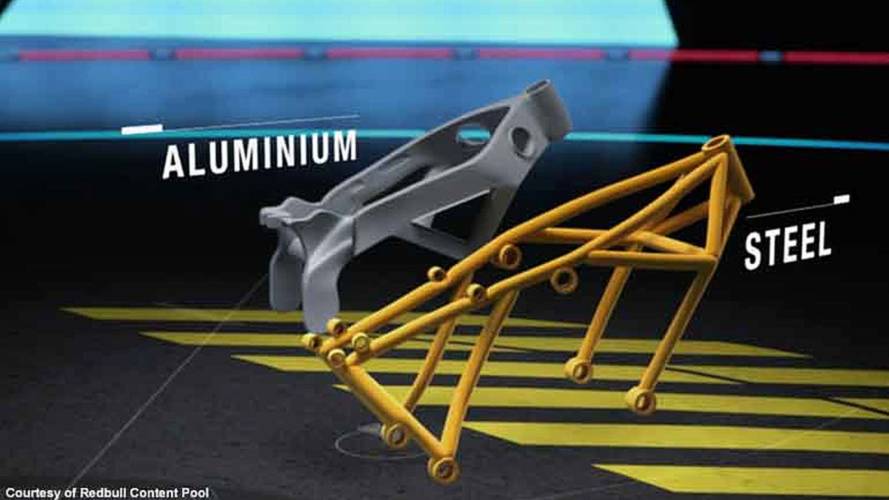 Redbull supported MotoGP racers explain the benefits of a frame that has some flex designed into it.

We’ve all heard the refrain over the years, “Racing improves the breed,” but is it actually true? Do advances in motorcycle design and engineering from the race track really make their way to production motorcycles? Do track-tested concepts, materials and trial-and-error research eventually filter down to showroom models that are safer, easier to maintain and longer lasting?

Yep, they do. Rigorous testing under extreme conditions ultimately exposes weaknesses and strengths in all manner of components, demonstrating what works and what doesn’t. It reveals specific conclusions learned in the process from theory to practice. The most obvious examples, in road and off-road motorcycles, are the improvements in suspension, brakes and tires over the past few decades. All of which derived from racing development.

One aspect of motorcycle engineering that has proven more elusive is the factor of frame rigidity. Early on, the conventional wisdom held that the stiffer the chassis the better; too much distortion in the frame was dangerous, putting the rider in jeopardy. As more powerful engines were developed, stronger and more rigid frames followed suit. Seemed logical. Then, as horsepower and torque climbed even higher, and better brakes and tires transmitted still higher load forces into the frame, the stiffness concept came into question.

And the answers came from the race track. What racers discovered, often with painful and expensive results, was that frames could in fact be too stiff. Building a chassis that would handle the enormous forces generated by increased horsepower and traction was one matter, making it rideable was another. More than a few racers found themselves, once the frame had reached its torsional limit and snapped back the other way, suddenly departing the machine and landing on the track or in the shrubbery. The dreaded high-side.

Armed with this data, engineers began rethinking the concept of frame stiffness, and set to designing chassis with controlled flexibility. The result is illustrated here by Formula One driver David Coulthard and KTM MotoGP rider Bradley Smith, in this video explaining the flexibility factor in Marc Marquez’s Honda race bike.