We’re Testing The Jarvish X Helmet: What Would You Like To Know?

Smart helmets are a recent phenomenon. Up until roughly two years ago, fully-loaded helmets with such features as integrated cameras, HUD, voice commands, comm systems, and safety signals weren’t a thing. Sure, a couple of innovative companies like Skully attempted to get the movement started as early as 2014, with little success.

Then, all of a sudden, starting in 2018, we saw a surge of companies—start up and mainstream—jumping on the smart helmet bandwagon. Prototypes were introduced left and right at a dizzying pace. It looked like people were finally ready for this type of product and 2019 turned into the year of the smart helmet.

As quickly as the fad started, it faded away, leaving only a few players in the game. Some, like the IT-HT concept that Shoei showcased at CES 2019, fell off the wagon and never actually made it to the market (as far as we know). Others like Forcite not only managed to hold on, but their highly-hyped products are now shipping to customers.

Jarvish received a lot of attention with its sleek-looking X and X-AR lids.

Jarvish was one of the names that created the most buzz. The Taiwanese start-up launched a crowdfunding campaign at the end of 2018, offering backers the new Jarvish X or X-AR smart helmets in exchange for their support. It didn’t take long for the company to reach its goal and with the promise to deliver the new smart helmets in the first half of 2019, it looked like Jarvish was a success story in the making.

In July, 2020, we checked in on Jarvish to see how things were going. After concerns about the status of things, we managed to have a chat with the team at Jarvish who confirmed that the helmets are now shipping to the U.S. According to a recent update from the company, European customers will have to wait longer due to the ECE certification process.

We have a Jarvish X helmet ready to be tested! What do you want to know about it?

During our conversation with the team, they offered we review the Jarvish X helmet. Sure, they'll get exposure from it, but they also told us that they're interested in getting feedback to help them improve and optimize the product. We agreed to play around with the helmet and share our thoughts on the product.

While we already have a few ideas of things to do and try to put the helmet through its paces, we also wanted to ask you guys what you'd like us to test or find out about Jarvish X smart helmet. We’d like to provide a thorough review of the product and try to answer as many of your questions about it as we can. So, tell us, what would you like to know about the Jarvish X? 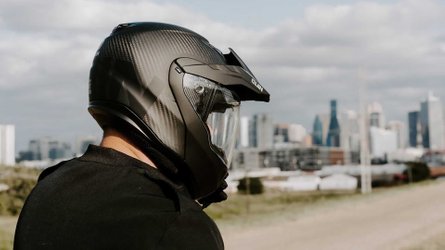