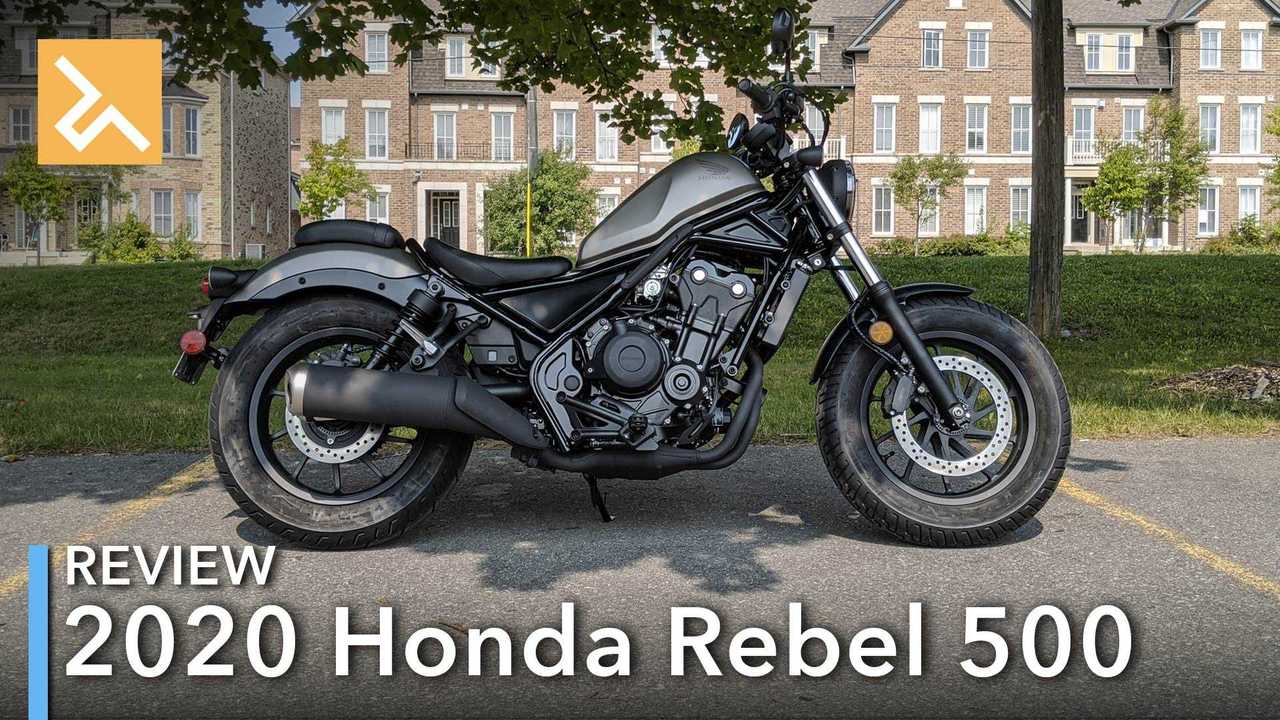 Learning to ride a motorcycle is an exciting yet daunting enterprise. Exciting because you become part of this great big family and you get to experience the road differently. Daunting because until you get comfortable in the saddle, figuring it all out without being the one who fell with the bike is stressful.

The type of bike you choose will make a significant difference in how you experience your first miles in the saddle. My first bike was a 1993 Yamaha XJ600 Seca II which was my Goldilocks bike. Not too tall, not too heavy, not too powerful—just right. I spent three happy years learning the ropes of motorcycle riding and basic maintenance with my Seca.

When I started out, in 2006, bike makers advertised bikes like the Honda CBR125R as great and cheap starter bikes but I never could adhere to the theory that beginners should start on pocket-sized motorcycles. Not in North America, anyway, where going anywhere usually requires hopping on the highway at some point.

The Rebel has become a staple of any riding school's stable.

Not even back in the 80s did Honda try to sway new riders with something as small as a 125. Honda first introduced the Rebel in 1985 as a 250cc, generic-looking cruiser with a touring windshield, a dual exhaust, and a thick, cushy saddle. Despite its petite frame, it still looked like a grown-up bike. My dad and I used to joke about pinning a handle to the back of the 125 and carrying it around like a suitcase.

Thankfully, Honda has since changed its tune and by 2020, its definition of a starter bike evolved and gained a few cubic centimeters. Today, Team Red banks on models like the Rebel 300 and 500 to tap into the rookie market and that’s a strategy I can get behind.

I got my hands on the updated 2020 Honda Rebel 500 to see how it fares and though that’s not the bike that’s going to sell me on the cruiser segment, it has all the makings of a great first bike. I would even go as far as to recommend new riders to skip the more limited 300 and go for the 500. It’s more flexible, versatile, and definitely more fun.

The Rebel rocked the typical, dare I say flavorless cruiser look since 1985. In 2016, however, Honda dramatically shook things up when it introduced a new bobber-looking generation of Rebels. Introduced with two displacement options—the same ones we have to this day—the new design was a breath of fresh air for the Rebel lineup.

Three years later, the look remains unchanged, despite a few updates for 2020. The list of changes includes LED lighting on all four corners, an assist and slipper clutch, stiffer suspension settings front and back, and a thicker saddle. After all, the whole bobber approach works for the Rebel and I don’t foresee Honda changing the formula anytime soon.

I say it works because it’s a style that works well for what Honda is trying to achieve. It has a low-slung silhouette that positions the seat well below the motorcycle’s head and small, 16-inch wheels which, combined which results in a 27.2-inch seat height that works even for the shortest inseams. Add to that the fact that the bike tips the scales at a light 408 pounds and you have solid foundations for a good starter. Overall, the Rebel does a good job of being unintimidating, accessible, and manageable.

Need further proof that the Rebel is a great starting point? It’s the bike I learned to ride on 14 years ago. Fast-forward to 2020 and it remains a staple of riding schools’ stables. My significant other who caught the bug for riding also got his start on a Rebel (a 300). Considering he had never ridden a motorcycle before and that his experience in the saddle was limited to riding pillion, it doesn’t get more beginner than that.

I’m personally not a fan of the ergos, especially for the legs. The right-hand-side engine cover is a bit of a calamity. It significantly protrudes from the side, and considering the foot peg is right below it, the cover either forced my leg into a weird, uncomfortable position or pushed my foot slightly off the peg.

For reference, my S/O ended up with some quality galaxy-level bruising (large, purply splotch) on the inside of his right leg after a weekend spent swinging his leg over the Rebel and continuously hitting said cover during his rider’s training.

Seriously, though, how big does this thing have to be?

In addition to the limited legroom, the molded saddle forced me to hunch forward. With my knees positioned slightly higher than my seat, it put continuous pressure on my tailbone, which isn't a winning formula for me. The cheek real estate is limited, so, there’s virtually no shifting possible to change the pressure point. If you're not familiar with the cruiser stance, that's the essence of it, though I've been on more comfortable iterations of the style.

While the low seat height makes the bike more accessible to a wider range of rider shapes and sizes, it also has its limitations. At 5’8”, I already felt a little folded up sitting on the bike. Anyone taller than, say, six feet, will likely end up looking like human origami.

Thanks to the suspension upgrade, the Rebel's handling is overall stable and irreproachable. However, if like me you have to deal with post-war-grade road surfaces, what is great handling out there where the roads are pristine turns into a good spanking once you’re in the city. I’ve been on some pretty aggressive sportbikes that didn't feel as stiff as the Rebel did.

Steering is straightforward—you feel the weight of the front wheel in the handlebar when you pivot which provides good feedback and enhances the feeling of control over what’s happening upfront.
Sending power to the rear wheel is the same half-liter engine found across the 500 lineup, a 471cc, parallel-twin rated at 45 horsepower. I liked the twin in the CB500X, I like the twin in the Rebel.

That engine strikes a good balance between docile and brawny. Cycle World put the bike on the dyno and the resulting power curve is interesting. The engine gives a power and torque boost right at takeoff before the power curve evens out and becomes more gradual while the torque flattens out through the rest of the power band.

In other words, the power is there and available, especially in the low-range, but the delivery is gradual and predictable. The low-end spike is barely noticeable so you won’t unwillingly lift the front wheel. It does make takeoffs responsive and efficient. If you need some additional pull to pass, the engine is flexible enough, even outside of its peak performance range, to give you ample pull to get you moving.

Plus, on the Rebel, the blacked-out muffler gives out a nice, throaty note that gives the bike some serious street cred despite its size.

The mill is paired with a six-speed transmission that makes changing gears a breeze and the addition of an assist and slipper clutch for 2020 makes transitions between lever pulling, gear changes, and accelerations that much easier to master.

As for braking, it didn’t particularly stand out for me (which is a good thing since I tend to find a lot of brake setups to be too soft and mushy) despite the Rebel having only one brake disc at the front wheel. The bite feels responsive but isn't so aggressive as to be unforgiving should a rookie rider squeeze the lever with a little too much enthusiasm.

Aside from being accessible, with a starting price of $6,199, the 2020 Honda Rebel 500 is also affordable. If I were you, I would even shell out the extra $300 to get the ABS—keeping the rear wheel responsive and engaged even when you’re squeezing the brakes is a big plus for new riders. Even for a seasoned rider, locking up the rear wheel and sliding to a stop when you forgot there's no ABS can be a bit unsettling.

You want to jazz things up by adding an adjustable brake lever, a custom saddle, saddlebags, or even a cowl? The good news is that accessories are affordable too. Pricing varies between $17.99 for a tank pad and $264.95 for the clear Meter visor (some accessories are cheaper but you have to bundle them, like the saddlebags and the racks). The press unit I tested was equipped with the Kleenex-sized pillion seat—a $139.95 addition.

Though Honda improved the saddle’s thickness, for $64.95, you can also upgrade to a quilted custom rider seat which looks a little cushier than the standard component. Plus, it also looks way cooler.