RideApart Review: 2013 Honda CB500FMechanically identical to the new CBR500R, the Honda CB500F ditches the fairing a clip-ons for arguably more...

Mechanically identical to the new CBR500R, the Honda CB500F ditches the fairing a clip-ons for arguably more practical flat bars and drops $500 from the list price. Just as good?

The only changes are in translation from fully-faired to naked. Out goes the fairing to more fully reveal the (surprisingly handsome) engine and the CBR’s fairly high clip-on handlebars are replaced by slightly higher, but much wider flat handlebars. 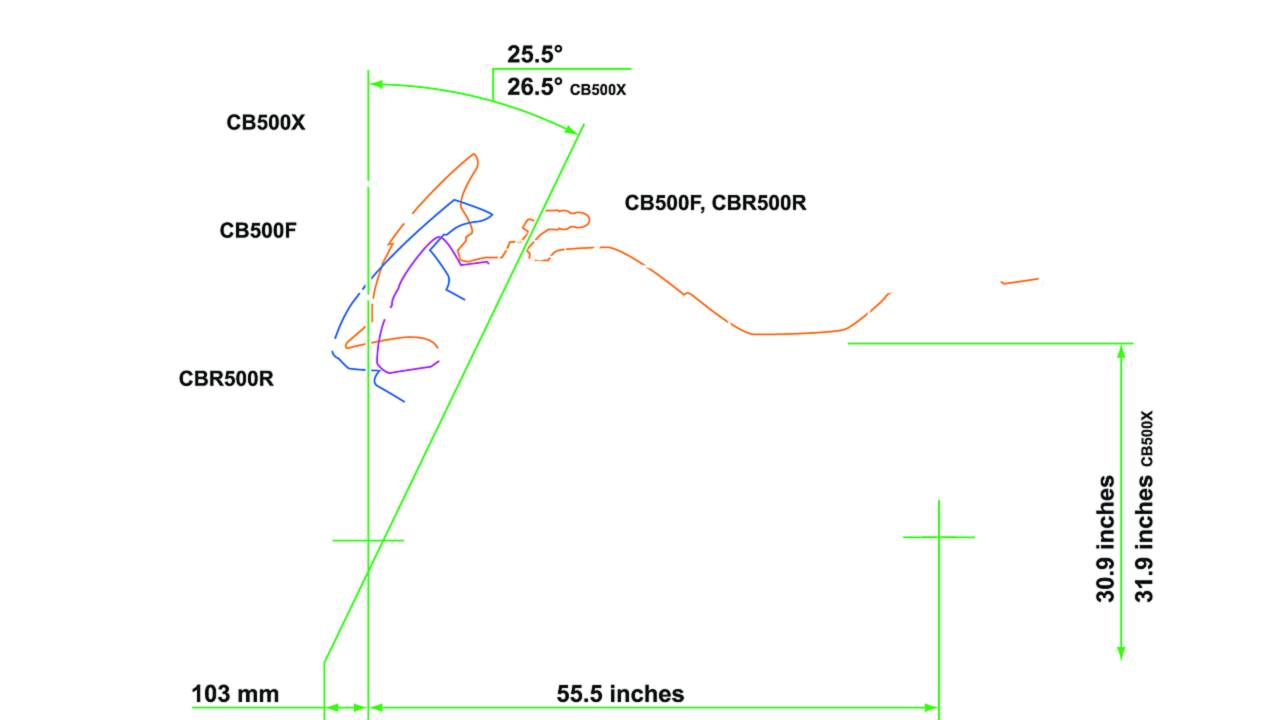 You sit slightly more upright on the CB500F, but the big difference is that the reach to the handlebars becomes shorter, making this the better choice for shorter riders. In fact, that one little difference makes the whole bike feel more compact. Plus, you get to feel the wind on your face.

Along with the CBR500R and CB500X (riding that one in July), the CB500F completes Honda’s new range of accessible, affordable, economical middleweight bikes. All three are designed to capture the hearts and minds of both novice riders, or someone more experienced just looking for something easy, fun and cheap.

None of these are outright performance bikes; instead of a laser-like focus on going fast (typically achieved at the expense of every other dynamic parameter), they’re broadly applicable, fun bikes that would be good to learn on, good to commute on, good to take trips on or good just to tool around on at the weekends. Motorcycles as exciting transportation, not ridiculous toys. 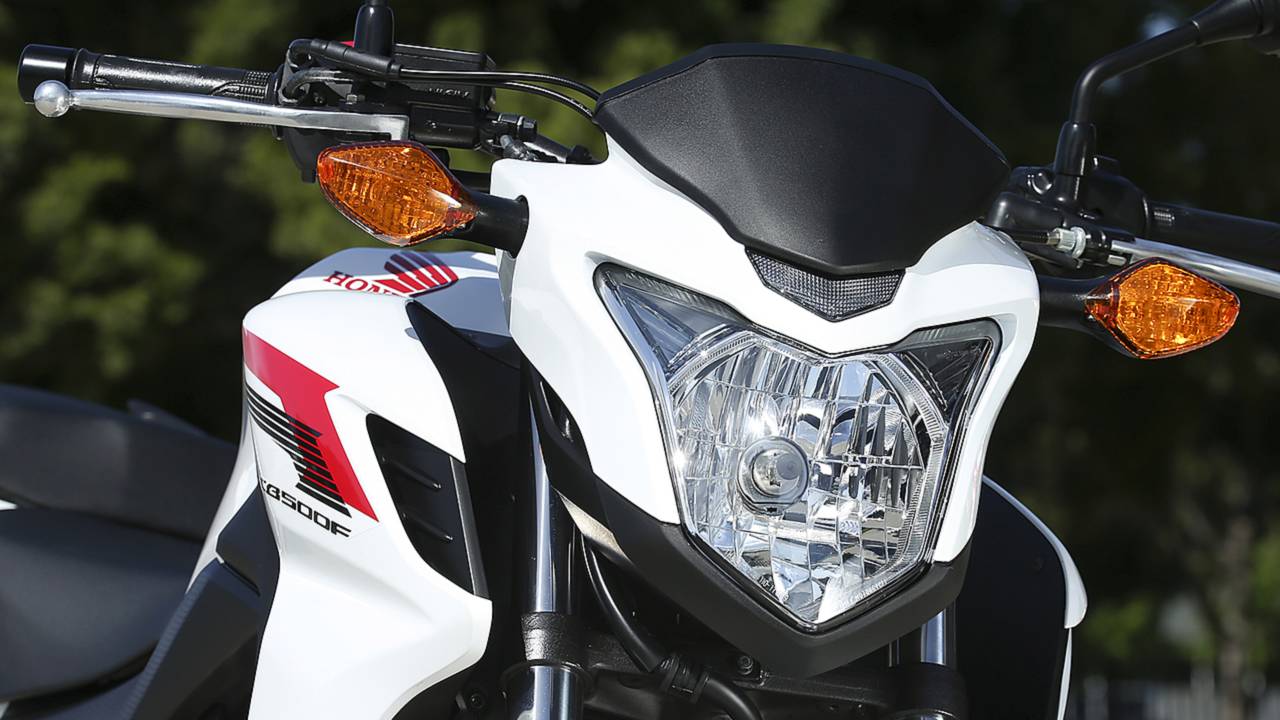 We rode the CB500F back to back with the CBR500R around Honda’s Torrance, California headquarters. City streets, suburban neighborhoods, a little bit of highway and a few good corners.

The most remarkable thing about both bikes? How at-home they make you feel the second you sit on them. There’s no learning curve necessary to adapt to either, everything is where you expect it to be, everything works exactly how you expect it to work. And it works with you to make riding easy.

That motor is both linear and smooth, but also surprisingly flexible. You can pull away from a dead stop in 3rd gear just as easily as you can full throttle it to the 8,500rpm redline, reaching a top speed of about 115mph.

I was actually surprised to learn the CB weighs 420lbs (wet), it feels no heavier than the 360lbs CBR250R, which itself does an excellent job of feeling like a much lighter bike. It’s utterly unintimidating whether you’re pushing it around in the garage, stopping at a stop sign (often, there’s no need to even put a foot down) or flicking it from left to right through a series of good corners.

Given that welter weight feel, it’s then surprising how stable the bike is at freeway speeds, subject to neither crosswinds nor drafts from the trucks you’ll pass.

The CB500F will simply disappear beneath you, doing anything and everything you ask of it an undramatic, but utterly willing manner. It quickly becomes a two-wheeled extension of your own body. 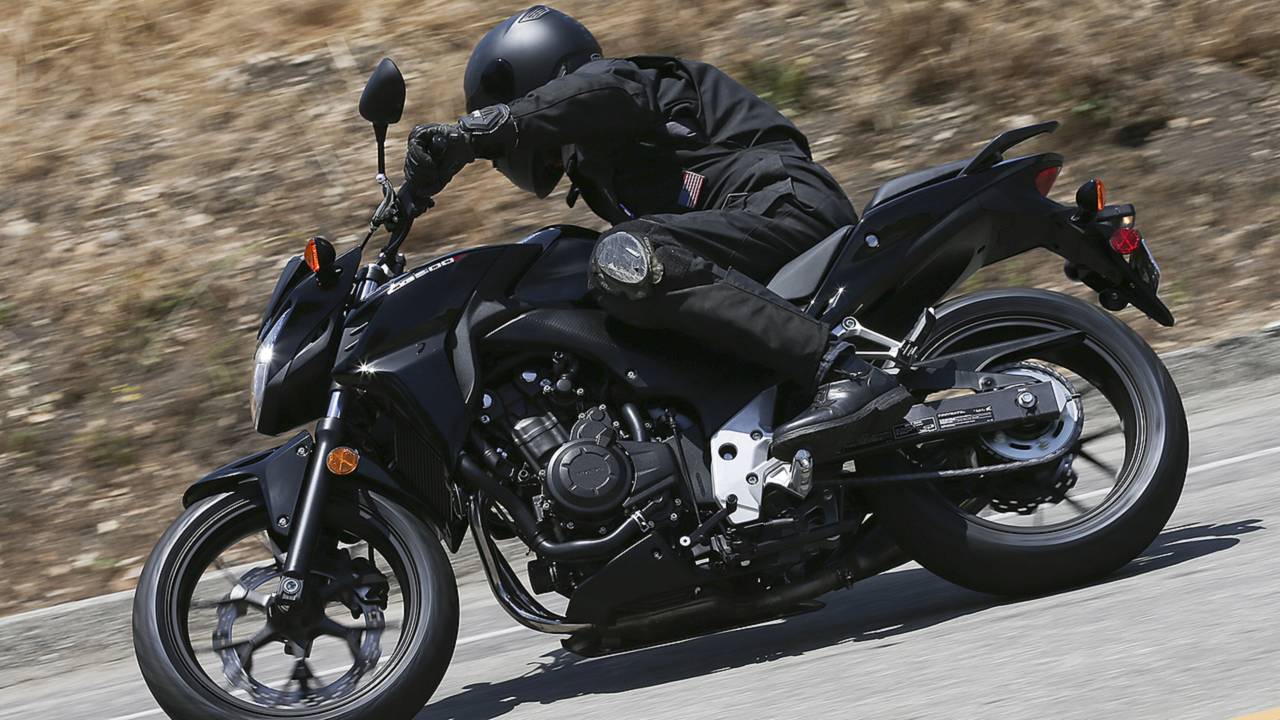 Ditching the fairing gives you a greater sense of speed. I passed a cop and immediately slammed on the brakes assuming I was well over the speed limit. When I looked down at the speedometer, I was doing exactly 35mph. The fun I was having was disproportionate to the speed I was going.

Despite the basic spec, the brakes are strong and reassuring. I was one-fingering them like a proper sport bike, using the smooth, predictable throttle response to seamlessly rev-match downshifts in the process. With ABS, they’re particularly good, bringing you to a commanding stop free of any judder or vibration.

Like the CBR500R, comfort is also excellent. You could ride either bike all-day without any aches or pains. Something that should hold true whether you’re 5’ 4” or 6’ 4”.

I also like the naked CB’s styling. It’s no retro round headlight, but it’s fundamentally a motorcycle without being overly aggressive or futuristic.

And, while remaining exceptionally easy to ride, it’s also surprisingly quick. Even on straights only about 100 yards long, I was able to pass one or two cars in able to ensure I had the next corner all to myself.

Like the CBR500R, the CB returns 71mpg in mixed riding and has a tank range of just under 300 miles. 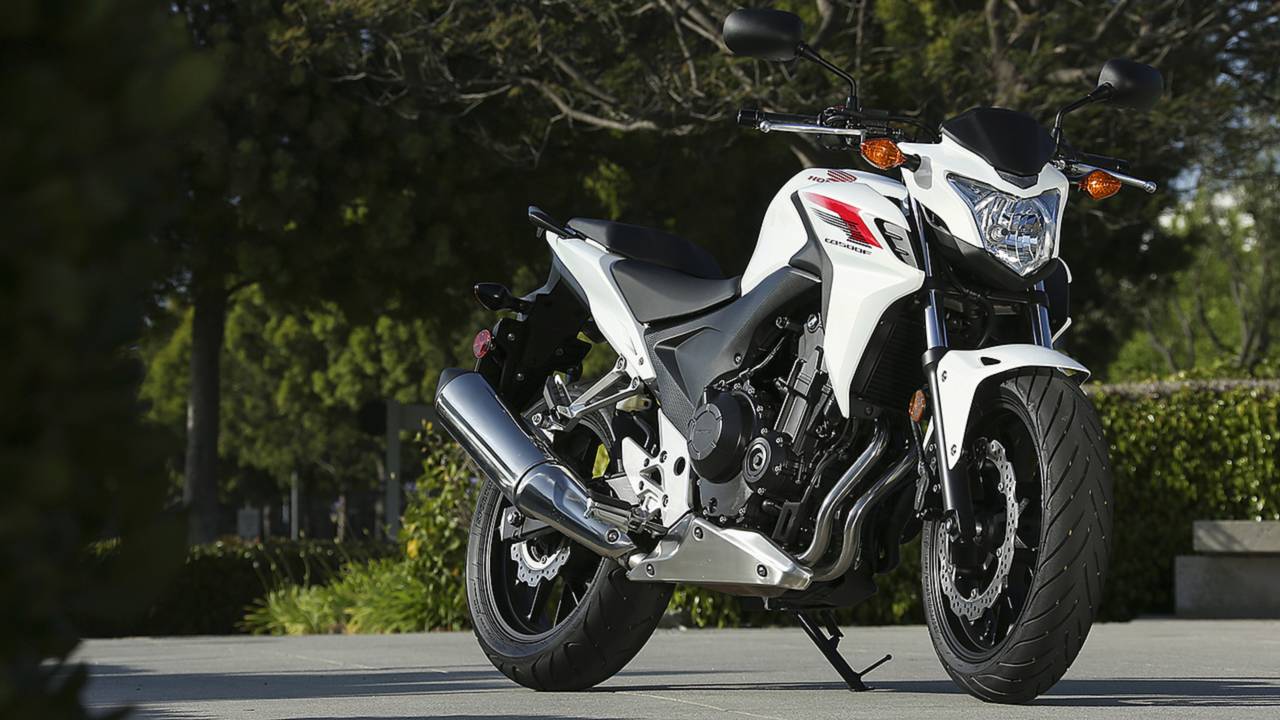 Like the CBR, the CB500F’s suspension is underdamped. That’s fine for 90 percent of your riding, but when you really start dialing in some speed in corners, it walks around rather than encouraging you to lean further. It’d be a great bike to learn how to go fast on, but lifelong speedfreaks like me will want a little more from the suspension.

Ground clearance will also limit your lean angle in corners. The pegs are high enough to give you great control over the bike and all day comfort, but just a little to low for very aggressive cornering.

Riders planning distance on this naked model would also do well to fit an aftermarket windscreen. The little headlight cowl does a good job of minimizing turbulence, but sitting at 85mph for hours on end will get tiring without some wind protection.

$5,500. Not only is that a useful $500 cheaper than the CBR500R, but it just makes the CB500F uniquely affordable. There’s not really any sporty nakeds around either this price or engine capacity, giving Honda a very strong unique selling point.

Entry-level standards like the Suzuki TU250X or CCW Ace are much slower and much less capable than the Honda. The CB500F is as good outside the city as it is in.

To get a bike of similar capability, you’d have to spend up to the $7,999 Suzuki SFV650. That’s a bit faster, but more or less the same idea. 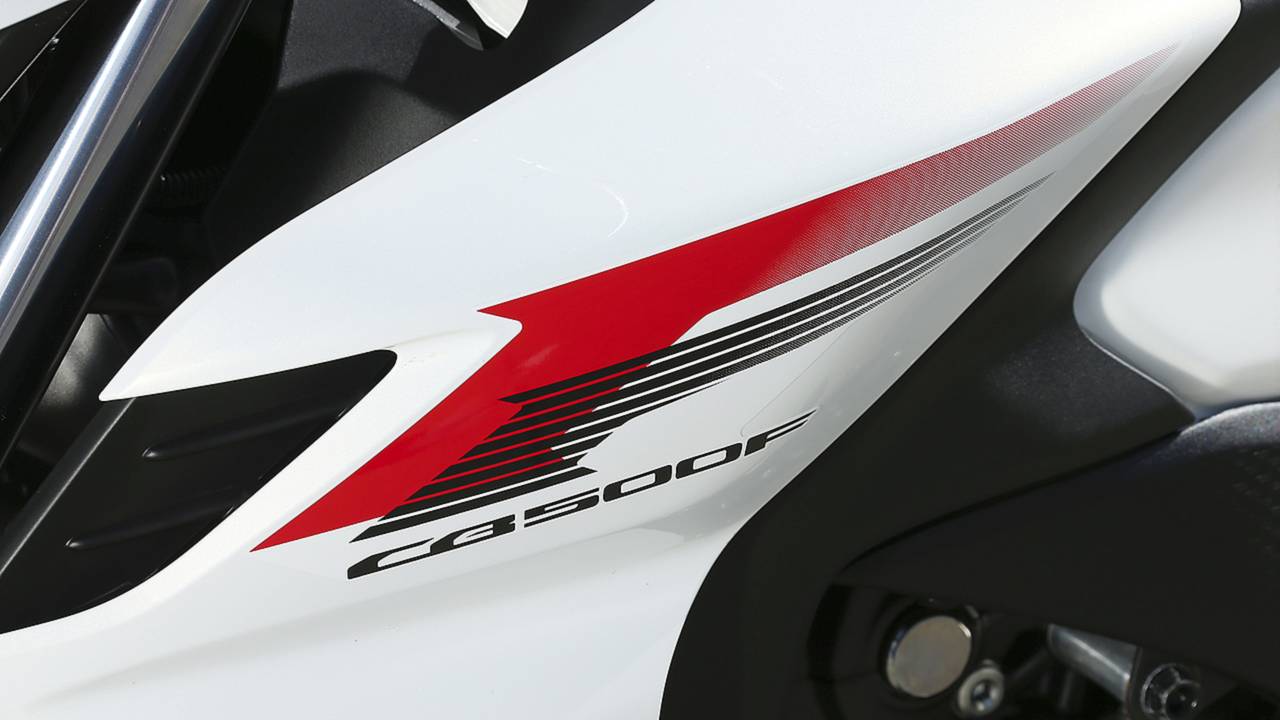 Affordable, practical, fun and easy to ride, the CB500F is an astoundingly good all-round motorcycle. It’d make a great first bike for a novice rider, a great commuter for anyone on a budget or just a great second or third bike for someone who doesn’t always need to pull something expensive and difficult out of the garage just to get from A to B. It asks you to make no sacrifices in quality or functionality compared to a bigger or more expensive machine, but all that accessibility and friendliness does, like the CBR500R, ultimately blunt its outright sporting ability. This is a bike for everyone but someone looking for the ultimate in performance.

RideApart Rating: 10/10 (The Buyer's Guide will update with this new information shortly)