In 2008, Japan registered Yazu’s Hayabusa Train Station as a cultural site. Erected in 1929 on the Wakasa Line, the terminal has maintained its classic Japanese railway station styling for nearly a century. That nostalgic charm draws people from all over the country to the Yazu district, especially if those visitors happen to own a Suzuki Hayabusa.

Playing off the station’s namesake, Busa boys (and girls) have flocked to the region every August since 2009. The annual Hayabusa Station Festival welcomes over 2,000 Suzuki riders with local goods, entertainment, merchandise, and a running of a Hayabusa-branded train car on the Wakasa Railway. During its 13-year history, the gathering has become one of the largest single-model rallies in the world. 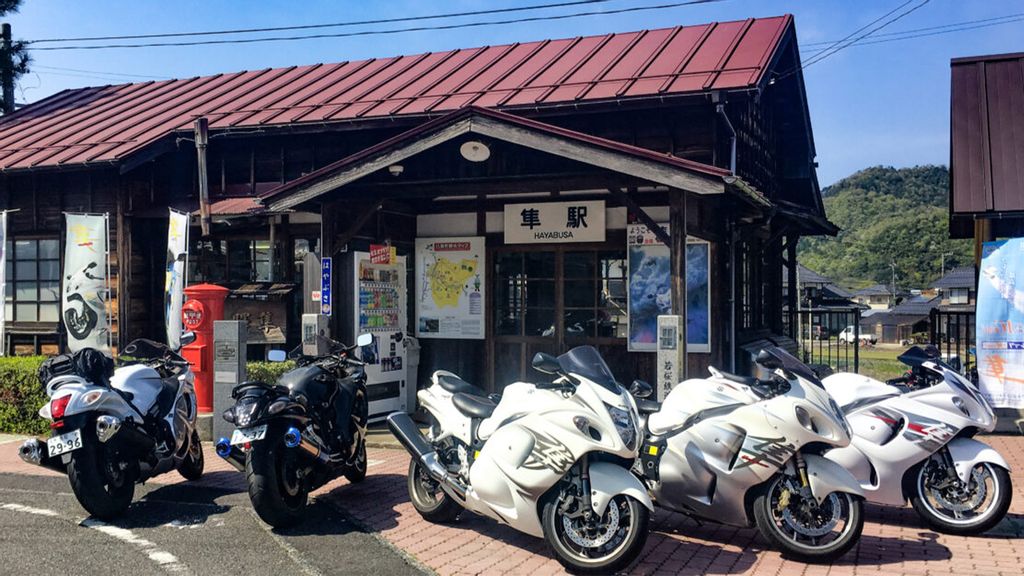 Unfortunately, the COVID-19 outbreak forced Suzuki to shift Hayabusa Station Festival activities online during the pandemic. In April, 2021, the brand celebrated the arrival of the latest-generation Hayabusa with a newly-wrapped train car but upheld the socially-distanced online activity. Organizers intended to return the get-together to an in-person format in 2022, but resurging COVID-19 cases have postponed the Hayabusa Station Festival until after September.

Most global motorcycle events have returned in 2022, but Japan’s recent caseload isn’t just impacting its annual rallies. Honda temporarily suspended Rebel and miniMOTO orders as a result of the surging numbers. For now, Suzuki will keep tabs on the situation throughout August and September, 2022. If the cases don’t subside by that time, organizers may have to cancel the 2022 Hayabusa Station Festival.

Hopefully, for Suzuki and Japan overall, the highly-contagious strain abates as summer comes to a close and fall approaches.