Honda Pulls The Covers Off The 2022 Giorno In Japan

This lovable scooter is ready to take on the urban jungle.

In majority of the western world, motorcycles are associated with an image of machismo and adrenaline-pumping action. In other parts of the world, two-wheelers take on a more utilitarian form, and are seen as tools of convenience rather than pleasure. In countries like Japan, where road tax and car ownership costs are astronomical, small-capacity scooters like the Honda Dunk we previously covered, are all the rage, especially for younger people.

That said, the Dunk is joined by a similar scooter called the Giorno. Based on the same platform, the Giorno sports retro-style aesthetics, but with all the same amenities. Big Red has unveiled the 2022 Giorno in  Japan to feature cosmetic updates. The Giorno's classic design elements, such as curved body panels and a petite front fascia holding the round halogen headlight flanked by bulb indicators, are retained. Giorno's Deluxe model has been withdrawn, and just the base model will be available.

It's powered by a teeny weeny 4.5-horsepower 50cc, air-cooled, 4-stroke engine that uses very little fuel. Sure, you won't be setting any speed records with this little bop-about, but it has enough grunt to move you around town in style. The Honda Giorno's feature list is similarly straightforward as the general design. On the front, there's an analogue dial with a digital inset and a 12V USB charging connector. The scoot's suspension consists of a traditional telescopic fork and two rear springs. Meanwhile, the braking system is made up of front and rear drum brakes, so take caution when riding in wet weather.

The Giorno, according to Honda, can get up to 188 miles per gallon. So, technically, its 4.5-liter fuel tank should provide roughly 200 miles of range. This isn't all that surprising, since it only weighs 81 kilograms. While most people would assume that the Honda Giorno is a cheap scooter, the price tag tells a different story. It's priced at JPY 209,000 (roughly $1,800 USD), which is a relatively high asking price for a 50cc scooter. 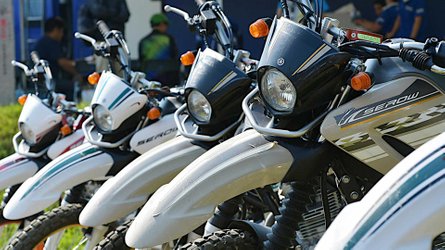 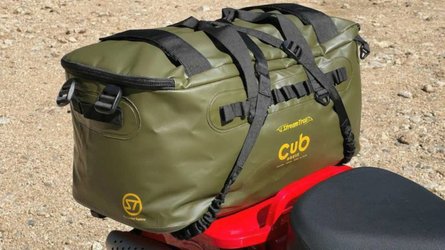