Keeping the Dakar spirit alive all year round.

With nine stages already in the bag, the 2022 Dakar Rally has given us some of the most dramatic storylines to start the year. From Danilo Petrucci’s ill-fated rookie campaign to his unlikely Stage 5 win, from Hero Motorsports’ first stage win to Husqvarna rider Skyler Howes retiring after a crash, the racing has been equally exciting and unpredictable.

Unfortunately, all the drama will end on January 14, 2022, but a partnership between Dakar organizers and Italian gear maker Spyke should keep the Dakar spirit going all year long. The special edition collection pairs Dakar style and logos with Spyke’s latest adventure kits.

For riders that want to live out their Dakar dreams, even in damp weather, the Equator Dry Tecno jacket and pants seal out moisture with a polyester 600D outer shell and a waterproof lining. While Spyke offers the set in multiple colorways, the only option featuring Dakar branding is the eye-catching gray/royal blue/Hi-Viz yellow color combination.

Those looking for a more versatile jacket and trousers kit can look to Spyke’s Namib XTR series. The Teflon-treated outer shell prioritizes protection while the removable sleeves and collar help the rider adapt to changing conditions. The Namib XTR also comes in the same gray/royal blue/Hi-Viz livery offered on the Equator Dry Tecno, but additional red and orange colorways cater to a wide range of Dakar fans.

Those looking for hot-weather relief can spring for the Airmaster jacket, but similar to the Equator Dry Techno set, only the gray/royal blue color option includes Dakar logos. The same goes for the Strider jacket, which only bears Dakar badges in the dark khaki colorway.

That’s not the case with the Spyke gloves, however. Both the Touring 2 Dry Tecno and Namib GLV feature the desert race’s distinctive branding. Lastly, the collection includes a short-sleeve t-shirt, long-sleeve t-shirt, hoodie, and windbreaker dedicated to the collaboration. The 2022 Dakar Rally may be drawing to a close, but fans can celebrate the legendary race year-round with the new Spyke collection. 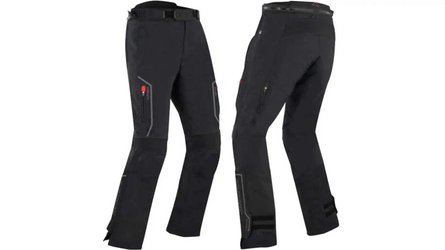 Bering’s Westport Touring Pants Are Ready For Any Adventure 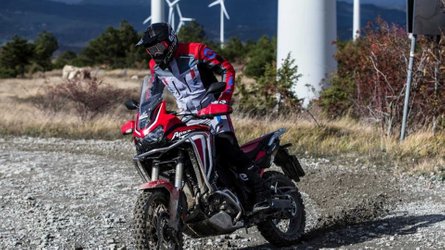