After Dakar, Is Danilo Petrucci Headed To MotoAmerica In 2022?

Who wants to race all the bikes? This guy, apparently.

We’re only four days into 2022, which means we’re also four days into this year’s Dakar Rally. With so much attention on former MotoGP rider Danilo Petrucci’s first-ever Dakar effort for KTM, there’s naturally a question about what he plans to do after Dakar is over. Regardless of the rally’s end result, he’s no longer part of the MotoGP paddock—so what’s a racer to do?

Since at least October, 2021, rumors about Petrux possibly heading to MotoAmerica in 2022 have been floating in the atmosphere. Back then, Petrucci himself told GPOne, “I only recently heard about this MotoAmerica thing, it’s an idea. First, I have to talk to KTM, since we already have a long-term project and, in the end, MotoAmerica excludes the Dakar and vice versa. So, I will have to evaluate everything.”

“These are two things that I really like on a human level. On the one hand, there is Dakar, on the other hand MotoAmerica, which would lead me to change my life and live in another country. For sure, either I do one thing or the other, since both projects are supported by manufacturers, so I can’t go around in an orange and red t-shirt [GPOne said he was clearly joking here]. So, we will have to see what happens,” Petrucci concluded. 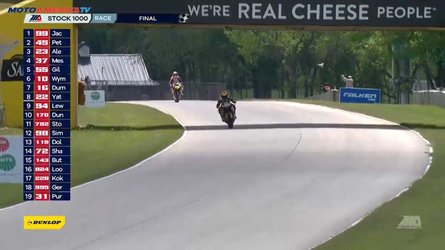 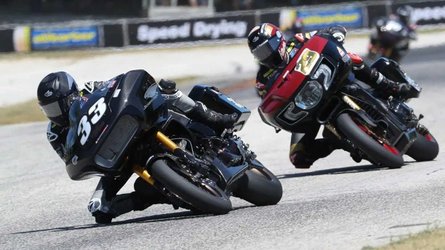 MotoAmerica Expands 2022 King Of The Baggers Series To 6 Races

That was then, though. It’s now January, 2022, and Spanish motorsport news site Motosan.es quotes Petrux as saying that after his MotoGP era came to a close, “This opportunity came out and I am happy because it will make me grow on a personal level. What I like the most is that I chose rallies because I like being on the bike and it will be the same in MotoAmerica. I’m going to see a new continent, and at 31, it was okay to try. But I promise you, this will not be the only Dakar.”

The MotoAmerica rumors surrounding Petrux seem to revolve around the possibility of his moving to Warhorse HSBK Ducati, to a seat recently vacated by Loris Baz, who is perhaps best known for his time as a WSBK racer. Roadracing World spoke to that team in September, 2021, at which point they said that 2022 official rider announcements wouldn’t be made until January, 2022.

So far, there’s no confirmation about Petrucci’s next move post-Dakar. Perhaps most interestingly of all, on January 3, 2022, the official MotoAmerica website posted its own news piece quoting the Motosan.es interview with a single line of text following that reads, “Stay tuned for more on this developing story.”

We’ll be sure to keep you updated with any new information as it comes to light.