Damon Motorcycles To Bring Its Electric Bikes To Europe In 2022

While electric cars and trucks have been gaining traction in the American market, electric motorcycles and scooters haven’t really kept up so far. There are a number of reasons why this is the case here in December, 2021, which we won’t get into in this piece. That’s not the case everywhere in the world, though—and certainly not in Europe, which is where Damon Motorcycles just announced that it’s targeting its expansion efforts in 2022.

In a plan that targets countries including France, Germany, Italy, the Netherlands, and the U.K., Damon will bring its HyperSport lineup over from its Vancouver, Canada home base. The company will start with a Damon Roadshow event in multiple cities across Europe, and then open up what it refers to as “retail experience centers” for interested parties to come touch—and also even test-ride—Damon's bikes.

“In many regions of Europe, two-wheelers are the primary mode of transport—and equally as important as electric mobility is safety,” Damon Motors co-founder and COO Dominique Kwong said in a statement. 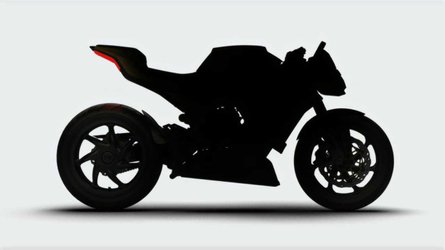 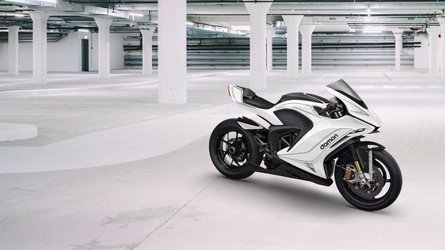 “Our 360° Co-Pilot system makes riding safer, and we want to lead the way to safer, cleaner mobility in Europe, where motorcycle culture is big. We look forward to changing the mindset that motorcycling can be safer and more accessible,” he added.

“Europe is diverse. There are a large number of radically different cultures in the European market. Each country has its own unique culture, and often even within those countries there are myriad micro-cultures dependent on the region,” Damon Motors chief marketing officer and VP of Brand Doug Penman proclaimed. “For this reason, Damon has a unique marketing strategy, advertising plan and product approach for each of these markets.”

The Canadian firm tapped Dino Mariutti (pictured above) to be its new Head of EU Operations. Like other members of Damon’s executive team, Mariutti also characterizes himself as an avid motorcyclist. To get started, Damon has already announced a soft-launch plan in Italy, as well as a partnership with dynamometer test bench maker Bapro, which is based in Correggio, Italy.

If you’re a reader in Europe, are you looking forward to having the opportunity to check out Damon Motorcycles in person in the future? Giving people more chances to experience bikes in person usually leads to more people wanting those bikes for themselves. (The math is something like "Touch bike, want bike, buy bike," I think.)

Would the North American market have been more receptive to Damon Motorcycles if more riders had a chance to do the test rides that are apparently part of the planned European expansion? If these bikes are all they’re cracked up to be, you would certainly think so. They’re definitely not cheap, but if the value is demonstrably there, some riders will want one—as some riders usually do.