A whole suite of upgrades to enhance this bike's off-road performance.

When the Yamaha Ténéré 700 entered the scene in 2019, it was met with generally positive feedback, as it was one of the first mid-sized Japanese adventure bikes that was actually capable off-road. Today, it clearly stands out from the crop of 650cc to 700cc adventure bikes, such as the Kawasaki Versys 650 and Suzuki V-Strom 650, as the most adventurous adventure bike in that category.

Because of its off-road-focused orientation, the Ténéré 700 has been pitted against more premium bikes such as the KTM 790 Adventure, and more recently, the revised 890 Adventure. As it would turn out, die-hard ADV aficionados found the T7 rather lacking in terms of performance. Yes, its punchy 689cc CP2 parallel-twin engine provided gobs of power and torque, but it was no match for the amount of power on tap from KTM's LC8 motor—even in 790 trim. On top of that, its brakes and suspension left more to be desired in terms of response and performance.

As it would turn out, Yamaha has been listening to the feedback of those who have run Ténéré 700 through its paces, and has worked with seasoned off-road riders, such as Alessandro Botturi and Pol Tarrés, to make the T7 even more capable in the dirt. The result of this is the Ténéré 700 Raid edition—a bike which features everything you would expect to find in a rally-spec ADV bike. It makes use of tons of performance upgrades, and a slew of GYTR (Genuine Yamaha Technology Racing) components to ensure top-tier performance.

The Ténéré 700 Raid breathes through a bespoke Akrapovič exhaust system which, apart from enhancing the CP2's distinct sound, unleashes a few more ponies, too. To bump up power even further, Yamaha has fitted the Raid with a GYTR ECU. The bike's underpinnings, too, have been extensively reworked in order to provide utmost durability and compliance in the harshest of terrain. Overall, everything about the new Ténéré 700 Raid is bigger, burlier, and angrier than the standard model.

We find rally-spec suspension in the form of KYB, fully-adjustable, 48mm, inverted forks. The new front end delivers 10.6 inches of suspension travel, and is mounted on CNC Machined aluminum triple clamps for added rigidity. The rear monoshock, too, has been upgraded with 10.2 inches of travel and a new linkage setup. Last but not least, the brakes have also been improved to offer more direct response with a new master cylinder and lever, as well as a pair of large 300mm discs up front, and a 267mm rotor at the back. 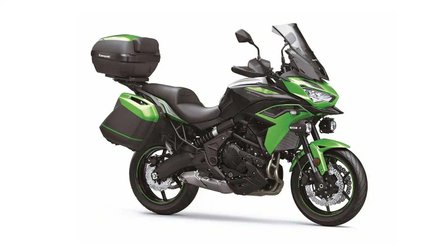 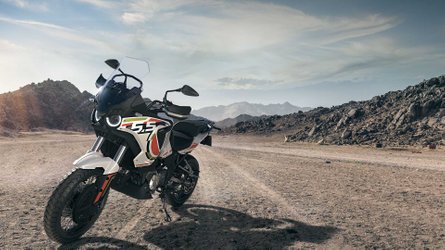