Add this baby sportbike to your supersport collection.

The '80s are considered by many as the golden years of motorcycling. It was, after all, in that decade that motorcycle manufacturers began experimenting with unique platforms and powertrains. Bikes like the BMW K1 and the Honda CX500 Turbo came to the scene, and changed the way people looked at motorcycles, as well as the capabilities of two-wheelers in general.

Apart from heavyweight tourers and performance-oriented sportbikes, machines like the Suzuki GSX-R50 and its petite proportions had a following, too. Theses days, there are but a few mini-bikes in the market, with Honda's Grom being the undisputed king. When the GSX-R50 launched back in 1986, it was called the GSX-R50 GAG—with the name aptly fitting its playful nature. Suzuki even went as far as describing the bike as "super fun for teenagers and boisterous adults with a spirit of adventure and a sense of humor."

Having said all that, if you just so happen to fall under the aforementioned description, now may be the perfect time to pull the trigger on a shiny example of this gem from the '80s. This particular GSX-R50 GAG has been listed for sale on Bring a Trailer, and looks to be in incredible condition. It was purchased new 34 years ago from Mischler's Cycle of Beaver Dam, Wisconsin, and has remained with the original owner until the seller's acquisition in April, 2021. It sports the classic white and blue motif, and all original bodywork. A quick glance at the photos reveals that the bike is in excellent condition and has been well looked after.

It's powered by a tiny 49cc four-stroke, single-cylinder engine mated to a four-speed manual transmission. At the time, it was said to produce a fire-breathing 5.2 horsepower, more than enough to have a hoot in your driveway or on a private road—yes, it isn't street-legal. It rolls on scooter-sized 10-inch wheels and features standard telescopic forks. This particular unit was recently serviced prior to being acquired by the seller. Work consisted of carburetor cleaning, an oil change, and a fuel system refresh. The bike is offered at no reserve with a Wisconsin bill of sale. At present, the standing bid for this baby sportbike is at $5,150. 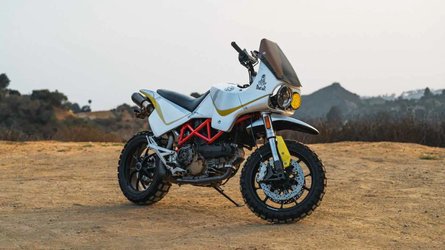 Would You Believe That This Used To Be A Ducati Hypermotard? 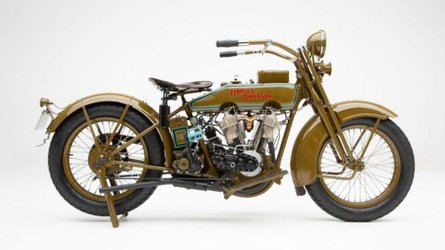