If you’re scared of heights, beware.

Pol Tarres is a one-man marketing machine for Yamaha’s Ténéré 700. In July, 2020, the Spanish trials rider made the middleweight ADV look like a trials bike in The Seeker short film. One year later, in July, 2021, Tarres showed off his hard enduro chops by entering the T7 into the Red Bull Romaniacs rally. Tarres’ exploits are far from over though, and The Seeker 2 short film proves there’s still more terrain for the Ténéré to conquer.

Instead of the philosophical tone and narrator found in the original short film, the sequel integrates more narrative this time around. Featuring Money Heist actor Ahikar Azcona, the Seeker 2 adds some star power to the roster. Opening on Azcona’s character, the plot thickens when he buries the back wheel of his Ténéré 700 Rally Edition in the sand of a far-flung beach. Luckily for him, Azcona conveniently has Pol Tarres’ number on speed dial.

Springing to Azcona’s rescue, Tarres plows through the forest, picks through slot canyons, and climbs over abandoned houses to reach his marooned friend. Of course, he has to stop to lube his chain for the adventure ahead, but with the product placements out of the way, Tarres gets back to ripping up the countryside.

Along the way, a random Baywatch-style transition and Castaway-inspired vignettes distract from the world-class riding, but some viewers may find the comedic relief more approachable. However, once Tarres reaches the coastal mountains, the Seeker 2 returns to the pensive tone that characterized the first series entry. As usual, Tarres’ skill steals the spotlight, with the rider showcasing his utter control over the 452-pound adventure bike while traversing cliffsides.

We could have done without the hammy acting and the forced narrative, but The Seeker 2 still delivers. We came to witness Pol Tarres conquer all imaginable obstacles aboard Yamaha’s Ténéré 700, and he does not disappoint. 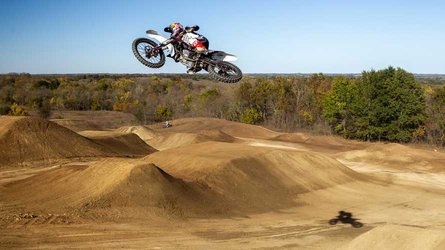 Watch The Ultimate Freeride Course Come To Life In Kansas
⠀ 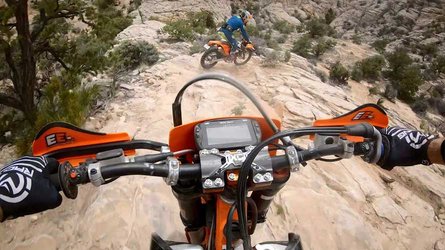 Five Miles Of Hell Is One Gnarly Ride
By: Dustin Wheelen
++
Got a tip for us? Email: tips@rideapart.com