Here's a peek at its design.

Chinese bike maker Caofen plans to make its European debut at EICMA 2021 with its all-new electric bike, the F80. While technical details aren’t available yet (and presumably will be released at EICMA), what we do have are several photos and a short series of videos on Caofen’s YouTube channel to contemplate.

The F80 is billed as an all-terrain motorcycle, with a stylish and modern design and dual-sport tires. The frame is a single piece, with zero welding involved which Caofen says increases its rigidity considerably. The overall design is compact and no-nonsense, in an elegant and understated way. The battery case is nicely styled and centralized in its location, with the electric motor also located close by and placed low down in the structure.

What few specs we do have at this point are these: It’s an 8kW design, which equates to about 11 horsepower. Top speed is an estimated 85 kmh, or just under 53 mph. Range is a claimed 150 km on a single charge, or about 93 miles. Information on how quickly it charges, whether the battery can be removed and brought indoors to charge, and just about everything else is not available at this point.

Caofen envisions this bike appealing not only to those wanting a suitable machine for trail riding, but also those looking for a solid electric commuter bike in urban environments. While the style certainly seems modern and appealing, a lot of its appeal to all rider segments will depend on factors that are unknown at this point. Price will of course be a factor, but it’s far from the only thing.

What kind of service and support network will it have? Once again, while electric vehicles typically require less frequent maintenance than combustion bikes, there is no such thing as a zero-maintenance bike. We can see that the F80 has a chain drive, which definitely indicates at least some maintenance—to say nothing of what happens if warranty issues arise. Will there be firmware updates, and if so, how will owners access them?

These are the same kinds of questions that come up whenever any new company brings a product to market. How Caofen answers them—and what information it provides to get potential owners excited about welcoming the F80 into their daily lives—will hopefully come to light at EICMA 2021.

Come Anticipate EICMA 2021 With Us: 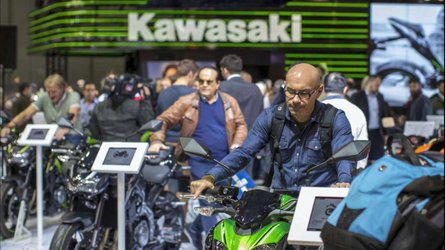 Kawasaki Confirms It Will Bring Its New Bikes To EICMA 2021 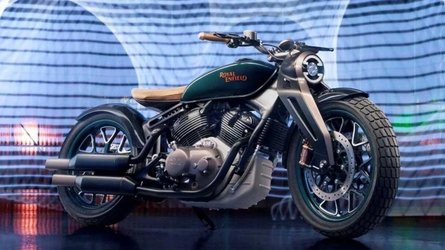