Would you rock a performance-oriented twin-cylinder sportbike from Honda?

Honda has a middleweight, entry-level sportbike in the form of the CBR500R. However, many people would agree that it sits on the tamer side of things—far from the performance-oriented nature of the likes of the Yamaha R7 and Aprilia RS 660. I mean, in terms of performance alone, even the Kawasaki Ninja 400 has the upper hand against the CBR500R. That said, wouldn't it be nice if Honda made a true, performance-oriented middleweight sportbike powered by a twin-cylinder motor?

Honda sportbike fans would be familiar with the VTR1000F from the late '90s. This V-twin powered machine was in many ways, Honda's answer to the massively popular V-twin powered sportbikes from Europe at the time. However, the 2000s ushered in the popularity of the inline-four powerplant, with twin-cylinder engines relegated to street bikes and commuters. This is why you could say that there's a sort of renaissance going on in the middleweight sportbike scene these days. Parallel-twin and V-twin engines have once again become popular in sport-oriented machines such as the new Aprilia RS 660 and Yamaha YZF-R7.

With the 600cc class of supersports well beyond its glory days, only the Kawasaki Ninja ZX-6R remains widely available in most markets. The Yamaha YZF-R6 has been discontinued for street use, and the CBR600RR is now a Japan-only machine, with availability sprinkled in select markets. Meanwhile, the Suzuki GSX-R600 continues trundling along, despite being more than a decade old. Really, it's obvious that tech developments in the 600cc supersport class have stagnated, to say the least.

Meanwhile, the middlweight twin-cylinder sportbike scene, characterized by punchy power delivery and nimble handling, continues to advance at blistering pace. The Aprilia RS 660, for instance, boasts sophisticated electronics derived from the class-leading RSV4 superbike. That said, could Honda benefit from a sportbike of similar nature? Renowned motorcycle designer Oberdan Bezzi certainly thinks so, with his latest rendering of a conceptual CBR656RR.

According to Italian motorcycle publication Motociclismo, Bezzi states that his creation, if it ever becomes a reality, will be a new bike from the ground up, featuring a new 656cc parallel-twin engine. Just like the recent crop of parallel-twin-equipped sportbikes (excluding the Ninja 650), it would definitely be nice if this conceptual sportbike features a 270-degree parallel twin, so it could have an exhaust note and power delivery similar to that of a 90-degree V-twin—a modern-day homage to the VTR1000 Firestorm, perhaps?

Will Dreams Ever Become Reality?: 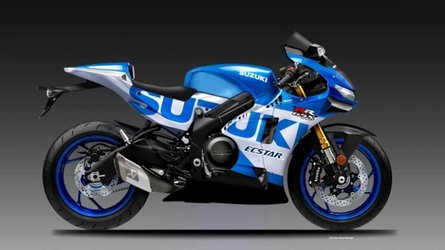 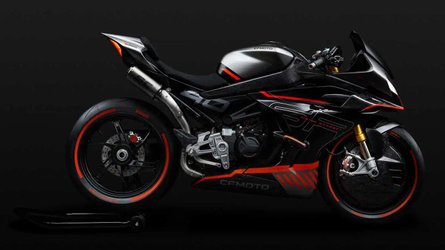 Is CFMoto working on a high-performance sportbike?