A middleweight twin-cylinder sportbike from Suzuki would certainly be nice.

Recent years seem to have brought about a renaissance in the middleweight sportbike segment, with the 600cc inline-four machines slowly being replaced by lighter, more nimble, albeit slower twin-cylinder equipped machines. With the Yamaha YZF-R6 well and truly relegated as a track-only machine, the MT-07-derived YZF-R7 has taken its place in Team Blue's sportbike range.

Meanwhile, Honda's CBR600RR, Suzuki's GSX-R600RR, and Kawi's ZX-6R haven't seen major overhauls in nearly a decade now. As such, is it safe to assume that the days of 600cc-ish inline-four power are over? Well, perhaps so, as the likes of the Aprilia RS 660 and aforementioned YZF-R7 have captured the appeal of many intermediate sportbike riders. This is, for the most part, thanks to the tractability a beautifully engineered twin-cylider engine offers, as opposed to a peaky inline-four, or manic V4 of similar displacement would offer.

As it would turn out, bikes like the RS 660 and R7 are extremely agreeable for street use, and are equally rewarding on track. These two bikes join the ever popular twin-cylinder range of versatile sportbikes previously dominated by Kawasaki's Ninja 650. That being said, out of the big four Japanese manufacturers, it's really only Suzuki that has yet to release a twin-cylinder-powered sportbike. I already mentioned the R7 and Ninja 650, while Honda has a rather mediocre CBR500R in its roster. Surely, an SV650-derived GSX-R660R with minor tweaks to the engine and chassis will be well received, right?

Renowned motorcycle designer Oberdan Bezzi certainly thinks so, as his latest creation comes to us in the form of this beautiful rendering of a conceptual twin-cylinder powered sportbike from the Japanese manufacturer. We know Suzuki recently patented a 700-ish cc parallel-twin engine, which the company is expected to use in upcoming models. Could it indeed be working on a middleweight sportbike to boast this mill? 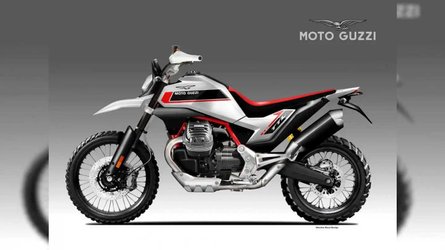 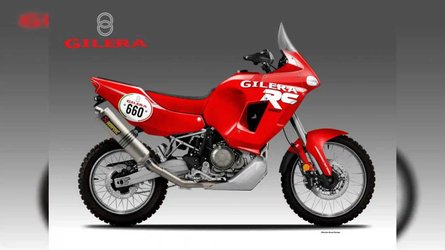 Regardless, Suzuki has a soulful engine already in its roster with the 90-degree V-twin we find in the SV650 and V-Strom 650. With first-gen SV650s being a favorite among trackday enthusiasts, it would definitely be awesome to see a sportbike with this engine straight out of the factory. Whether or not we will see a Suzuki GSX-R660 R or any equivalent middleweight sportbike remains to be seen. For now, though, the GSX-R600 R and GSX-R750 R continue trundling along remaining, for the most part, unchanged for the better part of a decade.