Oberdan Bezzi presents his take on the successor of the V85 TT.

Moto Guzzi has been working hard lately to bring new and exciting motorcycles to its model range. For 2021, the boutique Italian motorcycle manufacturer bestowed key updates on the V7, V9, and V85 TT. Additionally, Moto Guzzi recently dropped a teaser centering on a new, tech-laden sport tourer called the V100 Mandello, which features a new platform decked out with futuristic features such as active aerodynamics.

While the V100 well and truly is making its way to the Moto Guzzi's stable for the 2022 model year, one bike that could definitely use a performance-oriented update would be the V85 TT adventure bike. Virtually unchanged since its launch in 2019, the V85 TT, with TT referring to "Tuttoo Terreno", or "All Terrain", is arguably the most technologically advanced bike currently available in Moto Guzzi's model lineup. Designed as an adventure bike meant for those looking for a go-anywhere all-rounder exuding classic style, the bike gets modern-day technology such as ride-by-wire, and even a full-color TFT display.

While Moto Guzzi hasn't announced a successor to the V85 TT, or any major updates to the bike for the 2022 model-year for that matter, this didn't stop renowned motorcycle designer Oberdan Bezzi from envisioning the future of this classy adventurer. Dubbed the V90 TTL, Oberdan Bezzi has built off of the classic styling of the V85 TT, and given it a more streamlined design, making it look more like an off-road enduro machine, while retaining its retro styling. Bezzi does note, however, that his conceptual V90 TTL is a more performance oriented machine designed for more aggressive off-road use, as opposed to a comfortable tourer.

As far as performance is concerned, the V90 TTL features an engine similar in architecture as that of the existing V85 TT, albeit with some performance-oriented upgrades. Bezzi states that his creation benefits from an uprated engine, perhaps with a bump in displacement when compared with the bikes current mill consisting of an 853cc, 90-degree, transverse-mounted V-twin motor with two valves per cylinder. In current trim, the V85 TT pumps out 80 horsepower by way of electronic fuel-injection. 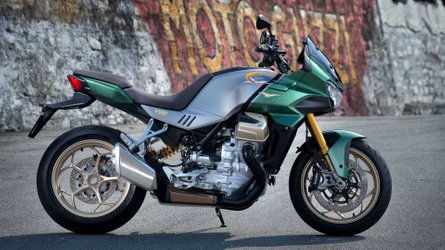 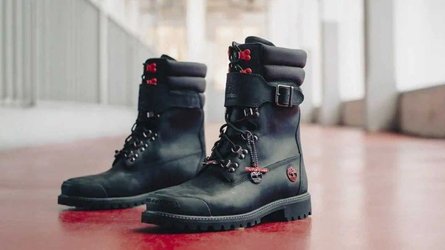