Picking up your motorcycle when you go down can be daunting. Whether you’re short or tall, none of us wants to throw out our backs. If you’ve been taught how to lift a road bike, chances are that you’ve learned the method that involves backing your butt up to the saddle, then crouching down and pushing the bike back up as you stand.

What do you do with an off-road bike, though? According to seasoned motorcycle instructor Bret Tkacs, there are at least three easier, safer ways that work in situations where the butt lift can’t help you. Not only that, he says they’ll save you precious energy you’ll probably want for your actual ride time, too.

In loose, sandy soil (or actual sand), the fact that the ground wants to shift under you can complicate things considerably. That’s even truer if your bike goes down on an incline. If the front of the bike is pointed down, it’s a slightly easier situation because once you get it back up, you can quickly hop on and use that downward momentum to ride away. However, if it’s pointed up the hill, you may want to turn it around first using the grab rail, crash guards, and/or handlebars to drag it into position in the sand.

Get Out And Go: 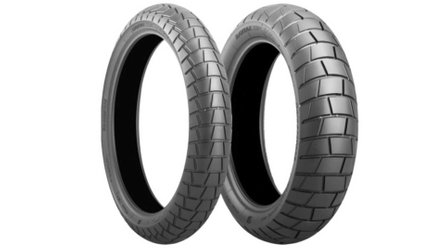 Answer The Call Of Adventure With Bridgestone's Battlax AT41 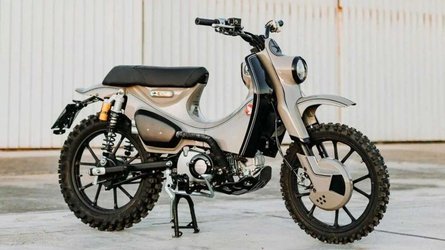 Once you’re ready to pick the bike up in sandy soil, Tkacs advises getting down on your knees, then grabbing hold of the frame and nearest handgrip. From your knees, push your body up and over the saddle, keeping your back straight so you don’t put unwelcome pressure on it. Your body movement will push the bike upright while putting as little strain on yourself as possible.

The other two lifts that Tkacs covers in this video also involve actually facing your bike instead of backing up to it in order to lift it back up. They’re essentially variants on deadlifts, and use your body weight, good positioning, and momentum to lever the bike back up from a fall in gravel or medium rocks, or in a narrow rut situation.

Of course, if you’re riding off-road with one or more buddies, it’s easiest of all if you have one or more friends who can help you lift your bike back up. However, it’s also good to know how to do it yourself safely, so you don’t injure yourself by trying to improperly recover your bike from an off.