Yamaha’s XSR900 and Kawasaki’s Z900RS have been vying for retro middleweight supremacy since Team Green unleashed the Z1-inspired throwback in 2018. In the lower ranks (dare we say welterweight class), the XSR700 has gone virtually unchallenged since 2016. Save for the Ducati Scrambler, which touts European design as well as European pricing, not many vintage-inspired naked bikes strike a balance between performance and styling like the XSR.

While the XSR700 may draw from Yamaha’s legendary XS650 for design and livery inspiration, the naked bike is a thoroughly modern machine. Based heavily on Yamaha’s MT-07, the neo-retro speaks to old souls and the young at heart alike.

Launched in September, 2021, the Kawasaki Z650RS may be late to the party, but it’s fashionably so. Drawing from the brand’s original Z650 produced between 1976-1983, the 2022 Z650RS is the spitting image of its ancestor. While Kawasaki foregoes the air-cooled, 64-horsepower inline-four found in the original Z, the RS’s liquid-cooled, 649cc parallel-twin achieves similar power figures with 67 horsepower and 48.5 lb-ft of torque.

With a mix of old and new, both the Yamaha XSR700 and Kawasaki Z650RS are equal parts show and go. Now that Team Green has stepped into the ring, it’s time to see which nostalgic naked bike measures up to the task.

Right In The Kisser

By this point, those in the market for a retro naked bike are familiar with the pedigree of Yamaha’s CP2 engine. Powering the MT-07, Ténéré 700, and Tracer 7, the 270-degree parallel-twin is both flexible and fun-loving. Producing 74 ponies and 50 lb-ft of torque, the XSR700 packs all the CP2’s pep into a pretty package.

Similarly, the Z650RS features Kawi’s tried and true 649cc parallel-twin. The wundermill also underpins numerous Team Green models such as the Ninja 650, Versys 650, and the standard Z650. At 67 horsepower and 48.5 lb-ft of torque, the Z650RS is no slouch, but it doesn’t quite live up to the XSR700’s output. We can’t neglect the RS’s 50cc disadvantage, either. It does claw back some power with a more over-square engine architecture, however.

The Yamaha may squeak out a narrow victory in power, but the two throwback bikes sport nearly identical chassis setups as well. Both feature steel tube trellis frames mated to a conventional 41mm front end. The XSR and RS also favor a monoshock rear suspension, but Team Green outfits its unit with horizontal linkage while Yamaha opts for direct mounting. The two models even share the same wheelbase length at 55.3 inches, but the Z650RS’s 24-degree rake inches out the XSR by one degree.

Kawasaki might escape with that round under its belt, but the neo-retros remain neck and neck. With a 120-section tire up front, both bikes deliver agile handling, but the XSR’s 180-section rear tire is the difference-maker. The RS’s 160-section tire may lighten tip-in but the XSR’s sportbike-spec rear unlocks more hypersport tire options. If you want to go fast, however, you also have to stop fast. The Yamaha’s dual four-piston calipers and twin 282mm discs up front provide just enough bite while a single-piston binder and 245mm rotor stabilize the rear. Kawi, on the other hand, adopts dual two-piston calipers mated to 300mm discs at the fore and a single-pot caliper with a 220mm rotor aft.

Advantage: Yamaha. However, there’s more to the XSR 700 and Z900RS squabble than performance metrics.

From newer riders to seasoned vets, the XSR and RS certainly attract a wide array of admirers. To serve such a diverse group, the middleweights take a middle-of-the-road approach. At 410 pounds with a 32.9-inch seat height, the Yamaha caters to riders of various heights and weights. The Kawasaki only weighs two pounds more than its rival but lowers its perch to 31.5 inches.

Of course, both models offer ABS, but the Z650RS also throws in a slipper and assist clutch. Whether it’s a novice rider banging down the gears or an arthritic enthusiast looking for an easier clutch pull, the small feature makes a big difference. Aside from the safety feature, both models favor simplicity with minimal electronics suites, allowing owners to concentrate on the ride. The Kawasaki may take this category, but the scorecards don’t exactly point to a clear winner.

It’s time to address the elephant in the room—styling. While we tend not to judge aesthetics in a Spec Showdown, we’d be remiss not to mention that the XSR700 and Z650RS are both decidedly handsome bikes. We also have to recognize the fact that many customers will choose one of these models based on looks alone, and that’s not a bad thing. From the classic silhouettes to the gold wheels to the circular headlights and gauges, the Yamaha and Kawasaki design teams knock it out of the park with the XSR and RS ranges.

Even when it comes down to price, only $500 separates the Yamaha’s $8,499 MSRP and the Kawi’s $8,999 price tag. With the XSR700 and Z650RS so evenly matched in performance, price, and practicality, it's hard to go wrong no matter which one you pick. 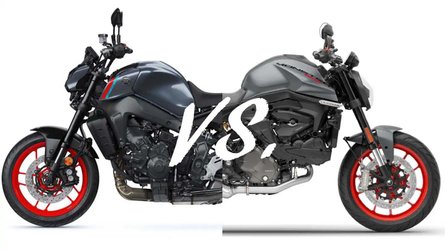 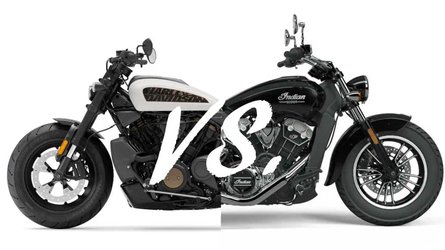