Evoke Motorcycles Is Bumping Up Its Range For 2022

The Urban Series gets an extra boost.

More range for the Evoke Urban Series moving into the 2022 model year, which includes models like the Urban S and the Urban Classic.

The Evoke brand announced in a press release that it will be increasing the battery pack of its Urban series by 28 percent which will increase the advertised range to about 180 kilometers, or 110 miles on the highway, and 250 kilometers, or 155 miles in the city. Great news for those with a bit of range anxiety.

Thanks to a new prismatic form factor, the 2022 Urban Series is able to house more kilowatts in its pack. As such, expect a 113.4-volt, 102 amp-hour lithium cell that can keep a 10.0-kilowatt-hours capacity.

Read While You Charge: 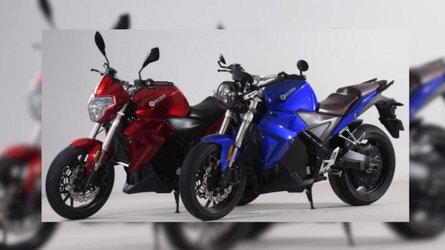 Evoke Electric Motorcycles Gearing Up To Set Up Shop In Spain 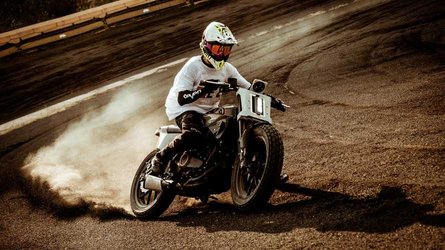 The E&E XR338 Street Tracker Combines Past And Present

To top it all off, pun intended, the model can be changed at any J1772 electric car charging station and can get back up to 80 percent of its battery in just 90 minutes.

As for battery cell safety, Evoke also felt the need to mention that its battery safety standards are on par with BMW and Jaguar. Temperature management is also handled by the brand’s Battery Management System (BMS), and the second version of its engine control unit (ECU). These two systems work together to regulate the battery’s charging, discharging, and temperature cycles.

“From existing customer feedback, we’ve listened to the request for more range, and [we] worked hard to deliver on that promise. The new pack allows our customers to commute back and forth, and now explore more of the [twists] and turns of the countryside without range anxiety,” says Evoke Motorcycles’ COO, Sebastian Chrobok.

In an effort to make electric motorcycles more accessible, Evoke Motorcycles is releasing our brand upgraded battery pack for the 2022 Urban Series, including the Urban S and the Urban Classic. Evoke Electric Motorcycles is increasing the entire series’ traction battery pack by 28%, which will bump effective city range to over 250 km (155 miles) when consuming 35 - 40 wh/km. The increase in range comes from an increase in battery capacity and a move to a new prismatic form factor. The 2022 Urban Series will feature a 113.4v, 102ah lithium NMC pack for a total of 10.0 kWh of capacity.

With the new 10.0 kWh battery pack, The Urban S and Urban Classic will have a highway range of 180 km (110 miles), at an average of 55 wh/km, as tested Topping up the Urban Series can be done at any J1772 electric car charging station and will get you back on the road in only 90 mins to 80% (Urban Classic with the 3.3kW onboard charger).

Shifting to the 2714897 prismatic form factor puts the raw cell safety standards on par with BMW and Jaguar, and with Evoke Motorcycles’ BMS and ECU v2.0, it carefully regulations and controls discharge, charging, balancing and temperature management. The prismatic form factor now also shares the same architecture as our 2022 Evoke Motorcycles 6061-GT, which allows for up to 660 km of in-city range.

“From existing customer feedback, we’ve listened to the request for more range, and were worked hard to deliver on that promise. The new pack allows our customers to commute back and forth, and now explore more of the twist and turns of the countryside without range anxiety.” says Evoke Motorcycles’ COO, Sebastian Chrobok.