The E&E XR338 Street Tracker Combines Past And Present

Based on a modern Benelli, the XR338 evokes the flat trackers of old.

Flat trackers aren't quite all the rage these days, but they have inspired a number of bikes, from the mainstream Indian FTR 1200 to many interesting custom jobs. The latest concept to come out of Engines Engineering is a little bit of both.

You probably haven't heard of Engines Engineering, or E&E for short. Started in 1979 to offer motorcycle design services to local Italian manufacturers, they have expanded to partner with companies from all over the world. This time they're taking the guts of an existing motorcycle and turning it into something completely different. The result is the XR338 Street Tracker concept.

The XR338 is based on the Benelli 302S as its foundation. Its heart and soul, however, are deeply American. E&E is quite honest that the design of this bike was strongly inspired by the Harley-Davidson XR750, an iconic flat tracker that's celebrating its 50th anniversary. It's fully functional and about 70 percent ready for production, which is amazing considering that it went from just an idea to its current form in a mere 120 days. If approved, it could go into production in just six months.

While the Benelli guts remain mostly intact, the frame is modified, and E&E has added their own body, LED lighting, fuel system, instrumentation, custom wheels, and suspension adjustments. The engine is similar enough to its Benelli specs that it still meets Euro 5, US DOT, and even CARB requirements, removing one big hurdle toward putting it into production.

Though E&E has traditionally done business in Europe and Asia, they're making a solid push into the US with the XR338. They believe there's a strong untapped market for small motorcycles here, and chose the flat track design to remind us of bombing fields and trails on small-displacement motorcycles in our past. E&E plans to show off the XR338 project throughout North America in 2021, at public shows, and among the industry and motorcycle community. 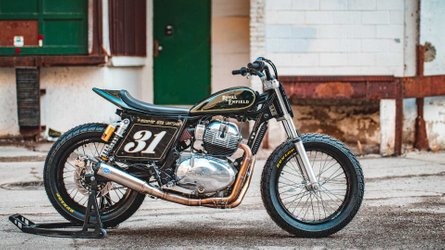 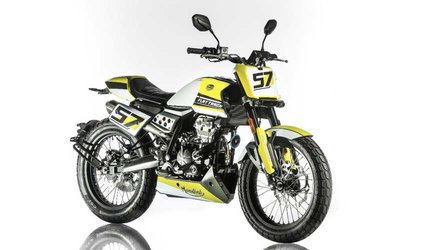