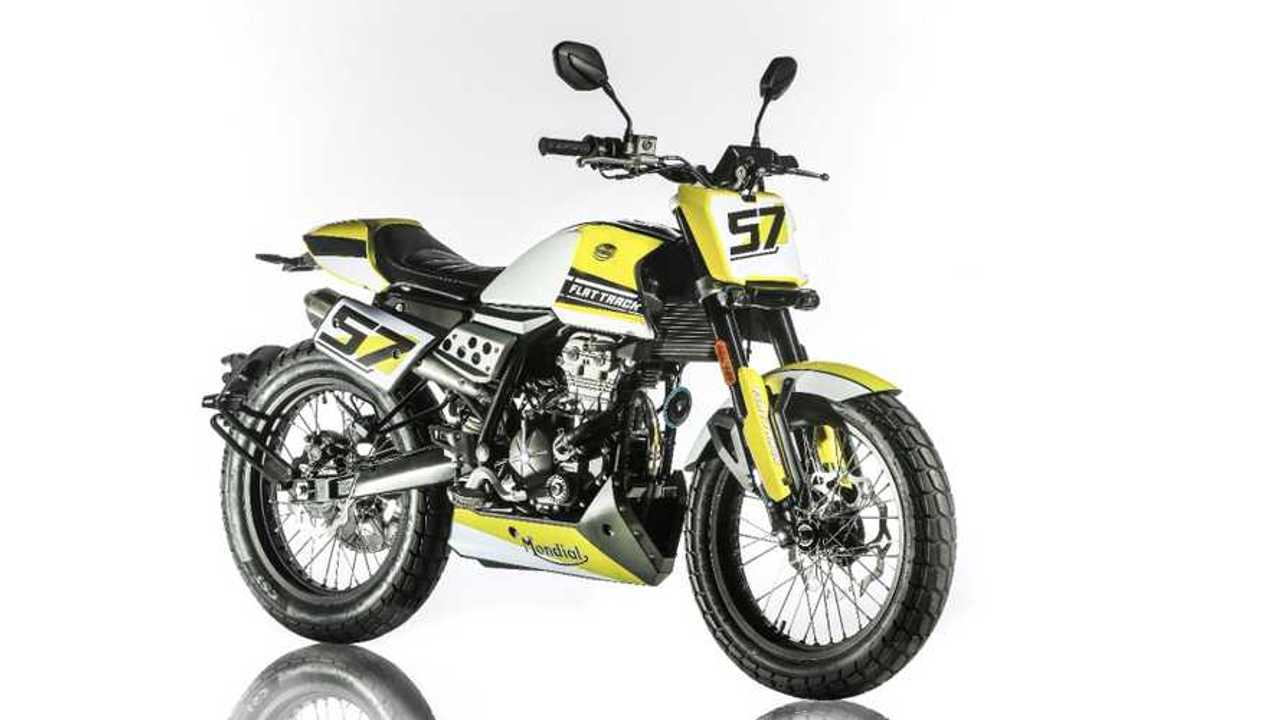 This Italian street tracker is big fun in a small package.

Take a flat track racer, put street tires and lights on it, and you’ve got a street tracker. It’s a very functional custom bike, mostly popular in the U.S., but European riders dig it as well—and they’ve got their own take on the concept. Over in Italy, FB Mondial just announced its Flat Track 125 is going to stay in the lineup, with an upgraded 2020 model appearing on the market in fall, 2020.

The Flat Track 125 is a lightweight factory-built street tracker. It's powered by a liquid-cooled, DOHC, 124cc engine, with a four-valve head and six-speed gearbox. The engine is good for just under 15 horsepower at the crank. That’s not bad for a 125, but you aren’t buying this bike with dreams of high-speed riding.

There aren’t a lot of electronic safety systems on the Flat Track 125, because you shouldn't need them. Wheelie control would be a bit silly on a 125, and so would traction control—you should be able to control everything with your wrist. This bike does have ABS, though. The front brake has a four-piston radial caliper, with 280mm disc. In back, there’s a single-piston floating caliper, with 240mm disc. Up front, there’s a set of 40mm USD shocks, with 90 millimeters of travel. In back, there’s a monoshock with 120 millimeters of travel.

The street tracker might be an American concept, but FB Mondial has nailed the look. There’s a large number plate over the headlight, another set of number plates serving as bodywork at the sides of the bike, and a solo race-style seat. The wide handlebars and 19-inch spoked wheels also fit the street tracker well, although the dual high-mount exhaust (new for 2020) is a bit questionable.

Along with the engine/exhaust updates that make the bike Euro5-compliant, there are some other updates, including a revised riding position, TFT gauges, and new license plate holder. The changes to the engine are supposed to also make it more responsive at low-to-mid rpm, too.

The updated FB Mondial Flat Track 125 was supposed to hit the market earlier this year, but now it’s supposed to arrive in European dealers in September (thank the coronavirus pandemic for the delay). FB Mondial is keeping the Italian price unchanged for the updated model, at 4,290 Euros.

Here's A Rare Chance To Buy A Street Tracker By Mule Motorcycles
++
Got a tip for us? Email: tips@rideapart.com