The spookiest scoot in town.

We’ve already told you that 2021 marks Vespa’s 75th anniversary, but what if we told you there was another important, Vespa-related anniversary this year? See, 2021 also marks the 40th anniversary of everyone’s favorite Mistress of the Dark, Elvira! To celebrate four decades of bad movies, the macabre, and endless innuendo, one Vespa dealer is rolling out the spookiest scoot in the world.

Vespa Los Angeles is putting together a very special, limited-edition run of Elvira Macabre Vespas. They may not be the Macabremobile, but let’s face it, finding the space for a Vespa is probably a whole lot easier than fitting a vintage Ford Thunderbird. Plus, spending less money on gas means more money for your favorite horror movies and accompanying snacks throughout this spooky season! What’s not to love?

Anyway, the Elvira Macabre Vespa comes with special graphics on the leg shields and bodywork, a custom embroidered Elvira 40th Anniversary seat with a leopard-print panel, all kinds of chrome accessories to match nicely with the silver spiderweb on the leg shields, a special license frame, and apparently “much more,” according to the official announcement.

Each of these 40 limited-edition Elvira Macabre Vespas will be signed by none other than Elvira herself. As a bonus, you’ll also receive a special autographed copy of her new autobiography, Yours Cruelly, Elvira with purchase. (If you’re a fan who already has one, that just means you’ll have an extra copy to give to a friend, doesn’t it?)

As well, each of these limited-edition Elvira Macabre Vespas will run you an extremely appropriate $11,666, not counting tax and license fees. The pre-production display model can be found at the Vespa Los Angeles shop in Sherman Oaks, California. This special edition isn’t listed on VLA’s website yet, but you can call them in the U.S. at 818-906-0350 to find out more information and place your order. 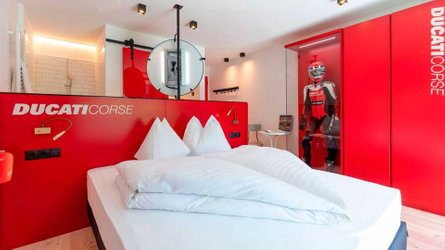 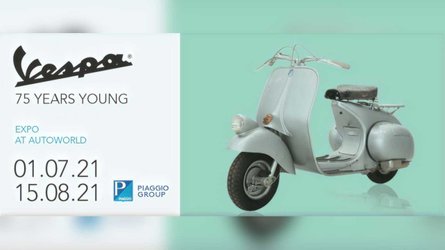