Two new entrants in the small to mid-size sporty segment.

In recent years, Chinese motorcycle manufacturers have very evidently been working hard to step up their game. Before, motorcycles made in China wouldn't even be worthy of a second glance, thanks largely to the stigma associated with products from this part of the world. However, certain brands like Benelli and CFMoto have certainly proven that Chinese motorcycles can, at the very least, compete in the budget-friendly segment.

Another Chinese company has been hard at work in establishing a market presence outside its homeland. Loncin, with its premium subsidiary Voge, has developed a network of dealerships across Europe and the U.K., and offers attractive, value-for-money bikes to motorcyclists on a budget. Its 500R naked sportbike, for instance, features aggressive styling, decent performance, and a price tag in the ballpark of bikes half its displacement. For the 2022 model year, we can expect two new sporty bikes from the Chinese company—bikes which will certainly make their way to Europe, parts of Asia, and maybe even the U.S.

Leading the charge is the new middleweight naked streetfighter in the form of the 525R. Just like the 500R, it features sporty, angular bodywork, and a slightly aggressive, albeit upright riding position. While the outgoing Voge 500R is powered by a 471cc parallel-twin motor which seems to have been copied and pasted from Honda's CB500 range, the new 525R gets a slightly bigger 494cc parallel-twin engine. It now makes a claimed 53 horsepower, up from the previous bike's 47 ponies. Chances are, however, if this bike were to be marketed for the European market, it'll come fitted with a restrictor kit to keep it A2-compliant.

Up next, we have Voge's entrant into the sportbike segment, the 250RR. While this bike doesn't compete with the likes of the Kawasaki ZX-25R, it does slot in more nicely with the likes of the CFMoto 300SR. It gets a 248cc single-cylinder motor, LED headlights, an aggressively styled full-fairing, as well as refinements to the subframe, frame, and swingarm. We can expect the 250RR to be quite a svelte and athletic little sportbike, as type-approval documents claim that it tips the scales at just 324 pounds, ready to ride. Pair this with its peppy power output of 29 horsepower, and you're certainly in for a fun ride on tight, twisty roads. 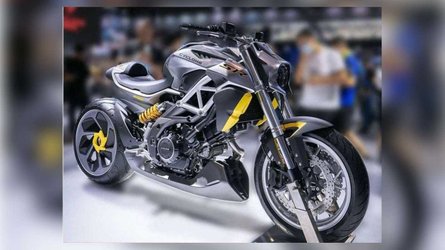 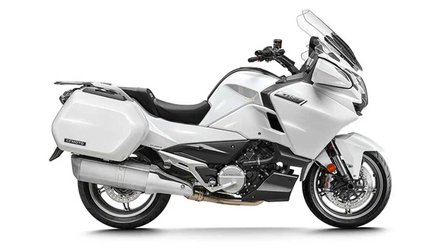