In 2020, CFMoto unveiled its first large-capacity model with the 1250 TR-G at the 18th annual Chongqing International Motorcycle Exhibition (CIMA). While the TR-G's striking resemblance to BMW’s class-leading R 1250 RT made waves, the tourer also turned heads with its high-spec equipment. In addition to the KTM-derived mill at its core, the 1250 TR-G sweetened the deal with a WP suspension, Pirelli tires, and a Brembo braking system.

After the reveal, CFMoto initially planned to release the grand touring rig in China by the first half of 2021. Unfortunately, those plans didn’t pan out, but the firm recently used CIMA 2021 to reintroduce the platform. Of course, the TR-G still boasts the KTM’s LC8 1,279cc V-twin that's good for 140 horsepower and 89 lb-ft of torque. Along with the wundermill, radial-mounted Brembo brakes and massive 12.3-inch full-color TFT display also return.

On the other hand, the electronically adjustable WP suspension now makes way for a Marzocchi fork. Whether that compromise was made with the TR-G's price tag in mind, we’ll never know. However, CFMoto undercuts the competition with a CN¥99,980 (≈ $15,500 USD) MSRP.

With that type of price advantage, many foresee CFMoto’s new bike dominating the Chinese market. So far, CFMoto hasn’t expressed a desire to ship its grand tourer to Europe or North America yet. The brand’s 300NK and 650NK recently made their European debut and CFMoto plans to send its 800MT and 700CL-X next. 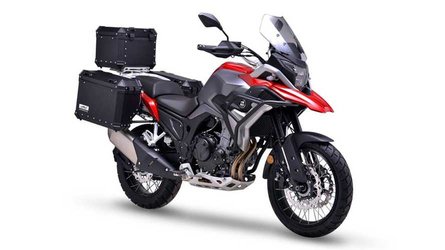 Borrowed Design And Engineering At Core Of Colove's New 800X 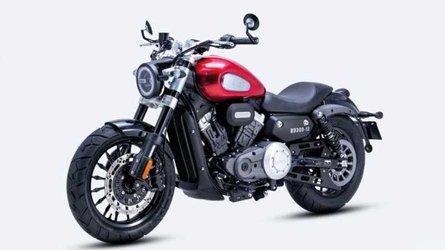