Borrowed Design And Engineering At Core Of Colove's New 800X

What if we put a KTM engine in a Yamaha design?

Chinese motorcycle manufacturer Colove is new on the scene and currently doesn’t distribute to the European market. The growing brand’s ambitions were on display at a live presentation yesterday, where company founder Zhang Xue revealed plans for the upcoming 800X adventure bike. If all goes according to planned with the mid-sized ADV, it won’t be long before the Colove brand hits Europe.

Colove’s adventure bike range currently consists of the 500X, which took most of its engine architecture from Honda’s CB500. Oddly enough, the mill powering the 800X looks mighty similar to KTM’s LC8c engine. The parallel-twin even boasts the same capacity and bore and stroke. Found in the 790 Duke and Adventure, the LC8c engine was actually licensed to China’s and the powerplant is the heart of the brand’s MT800 middleweight adventurer. 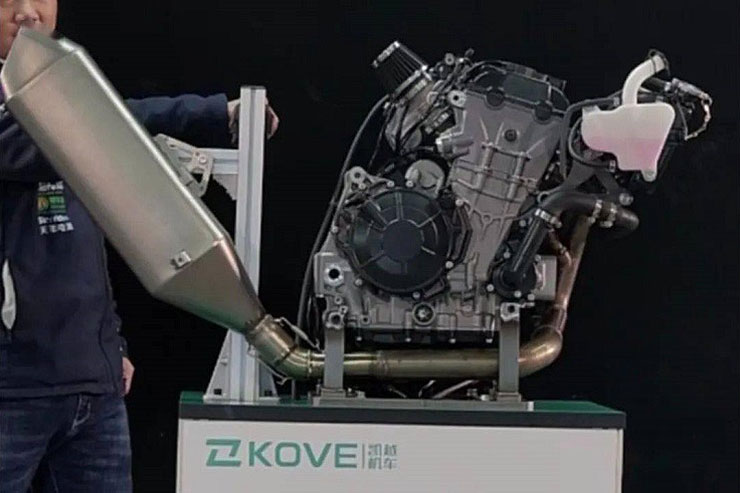 Though the cases and covers are different castings than the KTM mill, the bolt locations mirror the Austrian engine’s layout. Admittedly, this feels like a murky legal situation but we’re definitely looking forward to the 800X and MT800 going head-to-head, for obvious reasons.

The digital event also put three potential designs before the viewers. Design A looked like a V-Strom 650 knockoff, design B clearly copied Triumph’s Tiger, and design C resembled Yamaha’s Tenere 700. Though Colove won’t reveal the final look until later this year, “borrowing” seems to be at the core of the brand’s plans.

Despite the design and engineering hoopla, Colove also highlighted the technology found in the 800X. A TFT dash will incorporate map-based satellite navigation along with multiple ride modes. The adventure bike will also get cornering ABS, a quick-shifter, and stability control. Yes, it seems like Colove is intent on catering to riding styles and tastes, even if it means mimicking European and Japanese manufacturers to achieve that goal.