Volcon Is Now Shipping Its Grunt Electric Bikes To Customers

American-made for all terrain.

Remember the Volcon Grunt? It’s the all-terrain electric motorbike that American electric off-road vehicle startup Volcon announced was on its way in the back half of 2020. At the time, the company said it had a trio of things planned: First the Grunt, then the Stag and Beast side-by-side UTV models in 2022 and 2023.

While Volcon had optimistically planned to start rolling Grunts out in spring of 2021, like many things this year, plans ended up changing. However, in September, 2021, the company proudly announced that it's begun shipping its bikes out to all the customers who placed pre-orders for their Grunts. There’s even a handy video on Volcon’s YouTube channel to help you unbox and uncrate your new all-terrain electric motorbike and get outside on it for the first time.
Now, the specs have changed slightly since the October, 2020 announcement.

Initially, Volcon said the Grunt would boast a max speed of 60 mph while offering 75 pound-feet of torque. Range was said to be about 100 miles on a single charge, which is certainly a nice, attractive three-digit number. 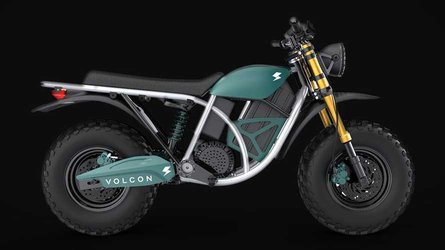 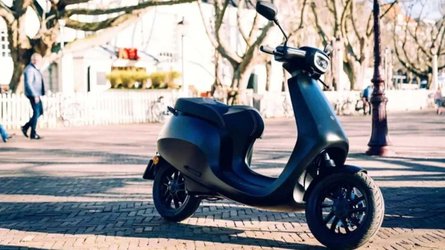 Taking a quick look at Volcon’s specs on the Grunt as it rolls out to customers, and that 75 lb-ft of torque remains the same. Max speed is now rated at 40 mph, with a range of up to 75 miles if you’re using the two-2.3kWh battery setup. There’s also an asterisk indicating that the upgradeable 2.3kWh battery won’t be available for purchase until March 1, 2022, with price yet to be determined. It’s not clear what range you’ll get on a single battery until and unless you add that second battery, but it’s definitely not 75 miles.

Still, the light weight of 250 pounds, inviting 32-inch seat height, and fat knobbies certainly help make the Grunt look like it could be plenty of off-road fun. Volcon also says that the motor, battery, and all components on the Grunt carry an IP67 waterproof rating, so it’s a simple matter to hose your bike off when you’re done getting dirty for the day. Nice! That towing capacity of 750 pounds is nothing to sneeze at, either. Think of it like an off-road, two-wheeled tugboat!

“The entire team has worked exceptionally hard to bring the Grunt to market, spending nights and weekends devoted to delivering on a very demanding manufacturing timeline. I want to thank the entire team, from our engineers and technicians to our office staff, designers, and factory teams, for all their hard work. I’m humbled to be a part of this outstanding team and the work they’re doing,” Volcon CEO Jordan Davis said in a statement.

“There’s no doubt in our minds that our customers are going to love the Grunt when it arrives at their doorstep. We look forward to being a part of their journey from petrol power to electrification as they enjoy their bikes for years to come.”