Electric off-road powersports company Volcon just announced that it’s partnering up with two other American companies for some of its most important components. The Austin, Texas-based company is teaming up with Fort Worth-based Linear Labs, as well as Huntington Beach, California-based Camburg Engineering.

Linear Labs makes electric motors using its proprietary HET technology, which it says produces twice the torque of competitors’ motors, in addition to being more efficient. Volcon plans to use their motors in both two- and four-wheeled applications that are currently in development.

Meanwhile, off-road suspension manufacturer Camburg Engineering is extremely well-regarded in the space, and is also a preferred partner of Fox Racing Shox. To that end, Camburg is engineering some Fox Racing Shox suspension systems for some of the Volcon four-wheeled side-by-sides that are planned to launch sometime after the Grunt motorcycle.

If you’ll recall, Volcon’s current plan is to launch the Grunt as its very first electric off-road vehicle, with its planned slate of four-wheelers following afterward. Currently, Volcon plans to launch the four-wheeled Stag and Beast models in late 2021 and early 2022. There’s no additional information on either of those models at this time, but we’ll likely not have much to say since they aren’t even slightly bike-related.

“Linear Labs not only gives Volcon a competitive advantage compared to other electric competitors, but also rivals the top combustion models on the market. At the same time, Camburg Engineering gives Volcon models the credibility of developing the highest-quality off-road suspension system, as an established market leader.”

We’re no mind readers, but Volcon seems to want to make it clear that it’s moving forward, and moving fast. Why else would it make this announcement so soon after the initial shout that the Grunt is on its way, if not to signify momentum? It definitely seems like a move to assuage the anxieties of anyone who’s wary of electric motorcycle startups making big promises that either take forever—or never materialize at all.

We’re always rooting for electric motorcycle companies to succeed, because we always want to see new, interesting, and FUN bikes in the world. If we can go out and have that fun while simultaneously being kinder to the planet, so much the better. 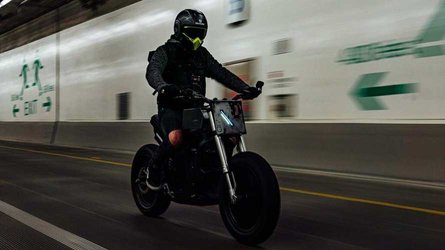 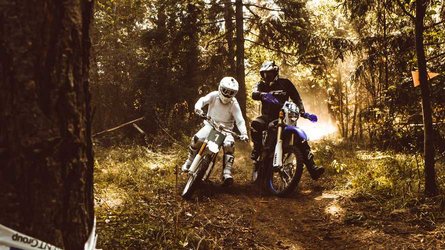 CAKE Wants You To Race Two New Electric Bikes In 2021
By: Janaki Jitchotvisut
++
++
Got a tip for us? Email: tips@rideapart.com