A sporty retro roadster from the Chinese manufacturer.

Chinese motorcycle manufacturer CFMoto has been hard at work in ensuring that its product offerings are able to compete in the highly competitive global market. While the company has yet to set up shop for its two wheelers in the US market, it has made a name for itself in parts of Europe, Australia, and Asia. Arguably the biggest hit from CFMoto is the 800 MT, a performance-oriented adventure bike based on the KTM 790 Adventure.

The Chinese manufacturer also has a range of retro style motorcycles bearing the CL-X name. unveiled to the global market last year, the CL-X Classic model is a scrambler-style street bike with dual-sport tires and upright ergonomics. This bike has performed considerably well in the markets it is present in, and is currently one of the most highly desirable bikes in CFMoto’s stable. Jumping off of the success of the Classic, CFMoto is expected to launch the Sport version very soon.

This bike features more retro modern styling, accentuated by slightly more aggressive bodywork, and a sportier riding position thanks to clip-on handlebars and rear set controls. Apart from the revised styling, the 700 CL-X Sport shares the same architecture as that of the Classic. A few changes come in the form of the previously mentioned ergonomics package, as well as 17 inch cast aluminum wheels both front and back. The bike sports road-oriented tires, too, as opposed to the dual purpose rubber found on the Classic.

For a dash of added performance, the 700 CL-X Sport gets Brembo brakes instead of the standard J.Juan units. As far as the engine is concerned, we find the same 693cc engine as that of the Classic. It’s a rather rudimentary parallel-twin equipped with a 180-degree crankshaft, and churns out a decent 73 horsepower. Other features on the bike include some creature comforts such as a USB charging port, adaptive headlights, and adjustable suspension both front and rear. 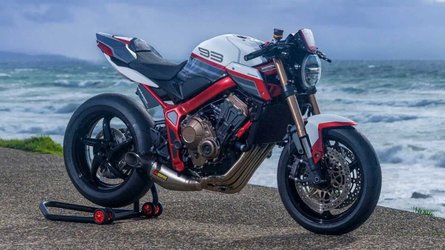 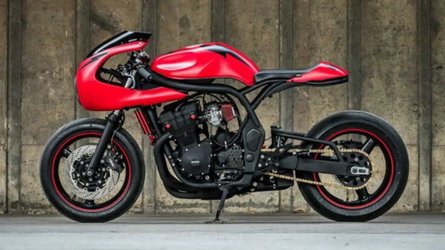 This Suzuki Bandit Got A Devilish Makeover by K-Speed

Despite its size and power output, the CL-X Sport manages to keep its weight in check thanks to features such as an aluminum alloy swingarm. While the bike is by no means a featherweight, it manages to tip the scales at 196 kg ready to ride. The CFMoto 700 CL-X Sport is expected to make its Australian debut in quarter four of this year. As far as price is concerned, it is expected to go on sale at an extremely enticing price tag of just $9490 AUD, or the equivalent of $6,939 USD—incredible pricing for a bike of this caliber.