From Ukraine with speed.

The 2021 Bonneville Speed Week set the Utah salt flats ablaze between August 7-13, 2021. As usual, the annual event featured everything from vintage flathead Fords to modern streamliners and everything in between. However, electric motorcycle fans were watching the category “A” Omega intently as Delfast’s Dnepr project aimed to top the 104.78-mph speed record set by Serhii Malyk in 2018.

The Ukrainian rider achieved that top speed aboard a Dnepr Electric motorbike, so Delfast acquired the rights to the Dnepr name and developed the first Delfast-Dnepr prototype in 2021. Fittingly, Malyk returned to pilot the new electric motorcycle in an attempt to break his own record. Despite the worries over the weather, Malyk rode the Delfast Dnepr to a top speed of 107.2 mph, eclipsing his previous mark by nearly 3 mph. 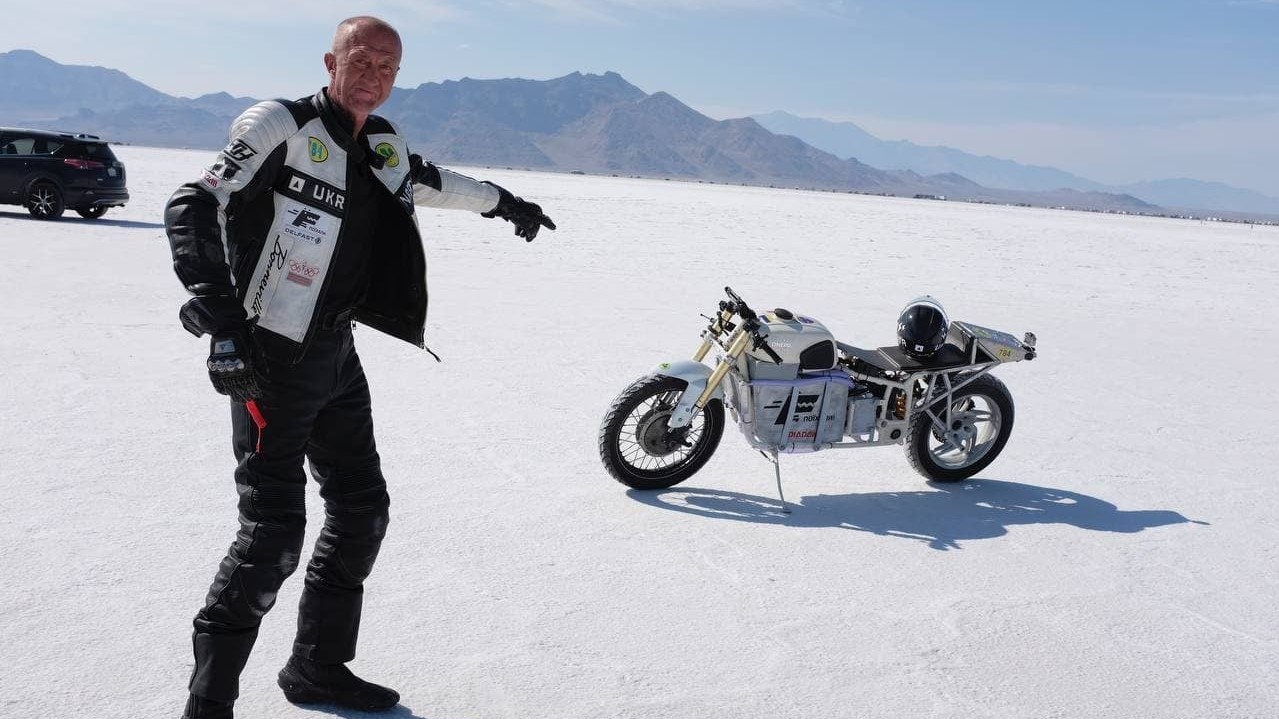 Prior to the event, the Ukrainian e-bike manufacturer was somewhat cagey with the Dnepr’s specifications. However, with the speed record in the bag, Delfast was quick to reveal the technology behind the record-setting prototype. A synchro electric motor equipped with permanent magnets boasts short-term power of 50 kW (67 horsepower) and long-term power of 100 kW (134 horsepower). To reach a motor speed of 5500 rpm, the brand adopted a traction inverter with an output frequency of 1000 Hz along with an updated controller.

Delfast not only aimed to make the Dnepr more powerful but also outfitted it to achieve a higher overall range. The 36 batteries with a 22,000 mAH capacity certainly help, but the maximum range isn’t listed, unfortunately. While the achievement marks a momentous milestone in the firm’s history, it isn’t the first time Delfast etched its name in the record books. In 2017, the brand’s Prime e-bike model reached 228 miles, capturing the Guinness World record for the furthest distance traveled on a single charge (by an e-bike).

We’ll have to wait and see if Delfast applies the Dnepr technology to its electric bicycle range or if it develops an electric motorcycle based on the prototype’s equipment. With range posing a major concern for prospective electric motorcycle buyers, Delfast’s past achievements and current technology have the potential to shape the future of both industries. 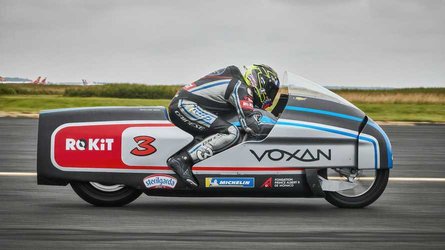 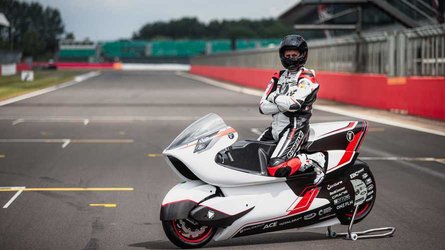