No standing still, only moving forward.

2020 was a weird year for everyone, but the electric land-speed-record-attempt team at Voxan didn’t let it stop them from their mission. They couldn’t go to the Salar de Uyuni salt desert in Bolivia thanks to the pandemic, so instead, they made other plans. Asphalt plans, even. Now, setting up the bike to speed along that surface required a lot of changes, but to Voxan, all that extra effort was well worth it.

Did it pay off? In November, 2020, the Voxan team set a total of eleven new records at the Châteauroux Airfield in France, with Max Biaggi at the helm. The team was quite pleased, as any team would be. It was an impressive accomplishment, and one that may possibly have seemed even more precious given what the world was going through at the time.

Of course, records are made to be broken, and as long as humans have existed, there’s always been someone else to stand up and go “oh yeah? I can do better than that!” In this case, the gauntlet was thrown by White Motorcycle Concepts, which unveiled its own world-record-attempt electric streamliner, the WMC250EV, on June 23, 2021. It’s aiming for a British speed record this year, and the world record in 2022.

If you’re Voxan, what would you do? Clearly, you couldn’t let that kind of a challenge go unmet. Thus, the Voxan team is busy optimizing its Wattman streamliner to set new records. Max Biaggi will be at the helm once again. Weight reduction in the bike is part of the plan, so it can compete in the under-300-kilogram (or 661.387 pounds) category.

“Trying to set new speed records barely 1 year after obtaining the very first ones is exhilarating! I am fortunate to be able to count on an inspired and inspiring team who made the Voxan Wattman the fastest electric motorcycle in the world. 11 records (validated by the International Motorcycling Federation), that's good but… not enough! I still want to help advance electric mobility,” said Venturi-Voxan president Gildo Pastor in a statement.

“I cannot believe the work we have accomplished in a few months. Last November, we wondered if we were going to reach 400 km/h whereas today this speed is, neither more nor less, our working basis! It is beyond this pivotal value that we learn and progress. Given our motivation, the team spirit that reigns at Voxan and our thirst to surpass ourselves, I have no doubt that we will get there,” added Max Biaggi.

Pushing things forward is fun, but it’s probably a little more fun for both these teams to have a little bit of competition. We look forward to seeing what they’re able to accomplish as the state-of-the-art advances. 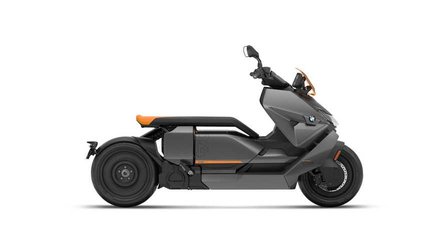 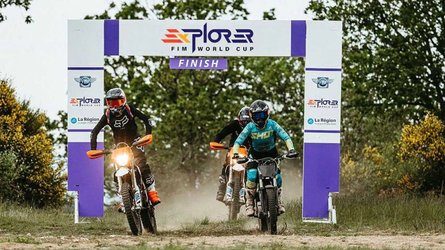