Honda’s CRF250R and CRF250RX are race-borne machines. Responsible for nine Regional AMA 250SX Supercross titles and two AMA 250MX Championships, the CRF250R is home at the head of the pack. The same can be said of the CRF250RX, with success in AMA National Grand Prix Championship (NGPC) Pro 250 and Grand National Cross Country series (GNCC).

Honda knows that the competition never rests, however. To keep the CRF250s at the front, Team Red re-engineered the liquid-cooled, DOHC, 249cc single with new valve timing, a modified air intake, and a straightened exhaust port. The revisions broaden the low-end torque while delivering 20-percent more power at 6,500 rpm. While the expanded powerband prioritizes corner exit speed, the CRF250R and CRF250RX don’t lose any top-end horsepower.

Borrowing from the flagship CRF450R line, the team also overhauled the CRF250R and CRF250RX chassis in 2022. Honda not only optimizes the frame’s flex characteristics but also shaves off eight pounds, resulting in a 229-pound wet weight (CRF250R). The easily removable bodywork also helps riders dial in the rig on race weekends. The upgrades not only sharpen the platform’s agile handling but improves straight-line stability as well.

At $8,099 for the CRF250R and $8,499 for the CRF250RX, Honda only marks up each price tag by $100, despite the host of upgrades on both models. Of course, as race machines, the motocrosser and enduro only come in Honda Red. The 2022 liveries amp up the motif as well, with red front and side number panels and a new graphics kit. 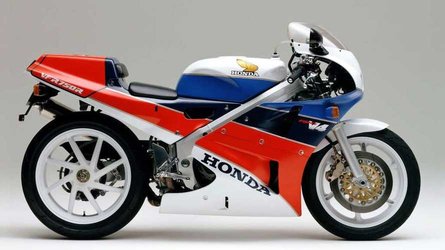 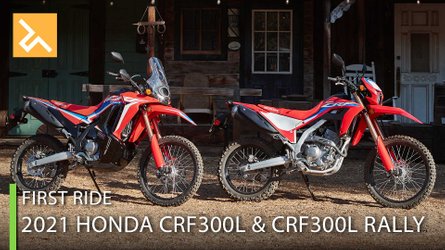