Yamaha’s Ténéré 700 has a been a hit since Team Blue released the model in July, 2019. Armed with the CP2 parallel-twin powerplant, an all-new chassis, and a 21-inch front wheel, the T7 is a suitable mile-crusher and bonafide off-roader. Of course, the model’s quasi-futuristic bodywork borrows liberally from the rally world and contributes to its success.

However, Deus Ex Machina’s Italian branch saw the spirit of the late-’70s/early-’80s Paris-Dakar machines in the modern adventurer. With the Wheels and Waves festival in its sights, the team set out to turn the Ténéré into a retro ADV in time for the annual custom bike show. Unfortunately, the event was canceled in June, 2021, but that didn’t stop Deus Italia from creating an homage to the golden years of the Dakar Rally.

That aesthetic extends to the front end as well, with two radiator protector strips integrated into the larger front fairing. A square LED headlight captures the retro appeal without sacrificing visibility and a new high-mounted fender further aligns the Ténéré with classic rally style. Acerbis handguards protect the rider's digits while a beefy Yamaha sump guard shields the 689cc lump from flying rocks and debris.

However, Deus takes more conservative measures in the performance department. A custom SC-Project titanium exhaust system adds extra bark and bite while Metzeler Karoo Extreme tires transfer more of that power to the ground. Meanwhile, an Andreani front end increases ride height by 30 mm and an Ohlins monoshock equips the T7 for the gnarliest terrain.

While Deus couldn’t show off the throwback Ténéré in the Deus Swank Rally at Wheels & Waves this year, that didn’t deter four-time Rallye du Touquet winner Jean-Claude Moussé from showing everyone what the project could really do in the dirt. No wonder the middleweight adventurer is such a hit for Iwata. 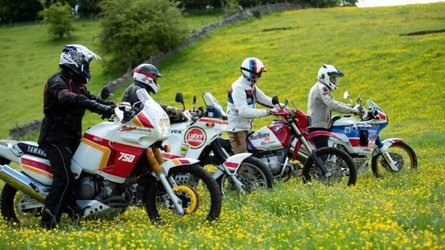 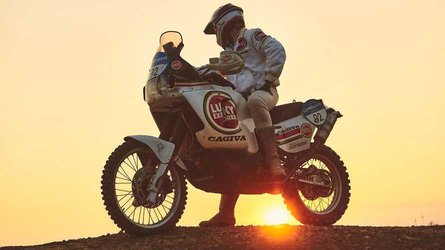