Red Bull KTM riders Remy Gardner and Raul Fernandez lead the talent-packed Moto2 class at the halfway point of the 2021 season. Despite the House of Mattighofen’s on-track success this year, the 890 Duke R is its closest model to a Moto2 machine. However, that may change on July 20, 2021, as KTM teases a limited-edition, track-only bike with a “Moto2 level of performance”.

Limited to 100 units worldwide, the video reveals that Team Orange will equip the special-edition track weapon with a steel trellis frame and WP suspension. The soundtrack also features the throaty roar of a big-bore parallel-twin. Given the fact that the 890 Duke R’s mill is KTM’s only inline-twin currently on the market, many suspect that it will also make an appearance in the upcoming sportbike.

The liquid-cooled, DOHC, 890cc mill claims 115 horsepower and 67.9 lb-ft of torque in stock form. If the new KTM is to live up to its Moto2 ambitions, it will need to amplify those numbers. Of course, German race bike specialists Krämer Motorcycles already utilize the brand’s heralded parallel-twin in its GP2 890R. In the Krämer race rig, the 890 powerplant churns out 130 horsepower and 75.2 lb-ft of torque.

Along with the extra muscle, the GP2 890R trims the fat, weighing in at 308 pounds (dry). Compared to the KTM’s 366-pound dry weight, the Krämer enjoys a power-to-weight ratio worthy of a Moto2 tag. In February, 2021, Krämer race bikes/KTM prototypes were spotted at the brand’s Mattighofen headquarters.

Krämer achieved such a light fighting weight with custom bodywork, tail unit, and frame. We’ll have to wait for the official unveiling before we know if KTM adopted the same weight-cutting measures. Retailing for $30,000, the GP2 890R is an expensive machine in its own right. Depending on the final specs, KTM’s ultra-limited, 890-powered superbike could easily eclipse the race-ready Krämer’s MSRP.

Speculation aside, we can’t wait to see what Team Orange rolls out on July 20, 2021. Given the limited production, development ties, and track-only designation, we’re sure that it’ll be Ready to Race. 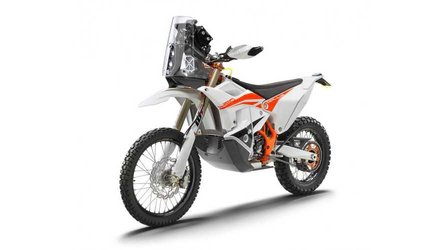 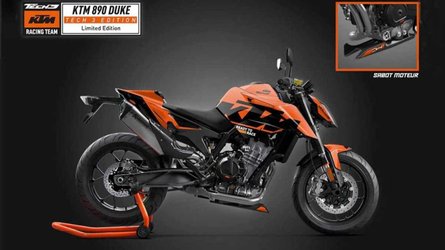