KTM CEO Stefan Pierer famously shut down production of the brand’s iconic RC8 sportbike in 2016. The KTM boss believed that superbikes topping 200 horsepower were too much for street use and abruptly pulled the plug on its flagship model. The RC 390 remained the Austrian brand’s only fully-faired sportbike as it moved into the most competitive superbike development arena in the world—MotoGP.

At the time, Pierer believed that its GP prototype would provide the blueprint for a track-only consumer model. The RC16 race replica was planned to house KTM’s MotoGP-derived V4 powerplant and cost over €100,000 ($120,613 USD).

“A MotoGP replica isn’t feasible at the moment,” admitted KTM Motorsports Director Pitt Bierer. “If you wanted to build a racing bike as close as possible to the MotoGP version, it would cost so much that nobody would want it or could afford it.”

For that reason, KTM seems to be taking a more pragmatic approach. Instead, developing an 890cc twin-cylinder engine for the brand's potential fully-faired sportbike. Our colleagues at Speedweek were fortunate enough to snap a picture of the 890 track-only prototypes. In current form, the test mules feature a trellis frame painted in green, primer gray fairings, and a rear-mounted gas tanked.

We can’t forget that KTM is the only OEM on the MotoGP grid that doesn’t offer a superbike in its current lineup. For a series that drives sportbike development and sales, the Austrian manufacturer hasn’t completely capitalized on its MotoGP involvement and recent success. Winning 3 races in the 2020 season, Red Bull KTM and Tech 3 KTM are changing the audience’s perception of the brand, but it's not enough to save the RC16 replica.

“The MotoGP replica is off the table. We have different priorities,” Bierer confessed. However, the KTM race boss continued on to say, “we have so many great ideas,” for the upcoming project. 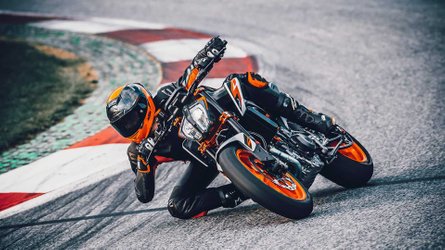 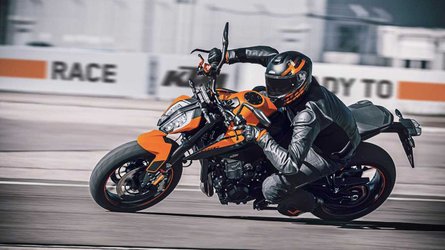