It’s hard to believe that the KTM 890 lineup was introduced only a year ago—probably because 2020 lasted for a lifetime. Team Orange got the ball rolling with the 890 Duke R, first unveiled at EICMA 2019 then officially launched in spring 2020. The 890 Adventure family followed six months later, in October.

Though we thought the 890 roster looked pretty complete, KTM apparently thought a little something was missing. That’s why a year after the 890 Duke R launch, KTM introduced the non-R 890 Duke.

As we suspected when KTM announced that it would introduce the new member of the Duke family on January 20, 2021, the new 890 rocks the same 889cc parallel-twin introduced a year ago. However, while the R produces 121 horsepower and 73 lb-ft of torque, the "non-R" ranks as the new baseline with a power rating of 115 horsepower and 67.8 lb-ft of torque.

The Chromium-Molybdenum-Steel frame with cast aluminum subframe that uses the engine as a stressed member carries over. So is the WP Apex suspension hardware that includes a 43mm inverted fork and monoshock. The Duke R’s Brembo brakes are replaced by KTM-branded components and a pair of 300-mm discs upfront. The orange-coated y-spoke cast alloy wheels are shod in Continental ContiRoad tires. The base Duke tips the scales at 372.5 pounds versus 366 pounds for the R.

In terms of design, the Duke and Duke R are pretty much twins, except for the absence of a pillion seat cover and the standard passenger footpegs on the base model. When comparing the two silhouettes, we also notice that the Non-R sits a little lower on its fork and that the handlebar is shifted slightly backward, closer to the rider. The seat is also lower at 32.2 inches to make the bike more accessible to a wider range of riders.

The entry-level 890 Duke also features a TFT display and features three standard riding modes (Rain, Street, and Sport) and one optional Track mode. The bike also comes with a full suite of technologies including traction control (with nine levels of adjustment), cornering ABS, an anti-wheelie system, and adjustable throttle response.

Pricing and availability of the new 2021 KTM 890 Duke have yet to be confirmed. 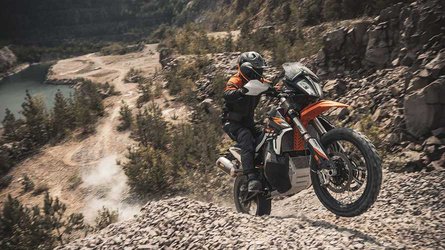 Everything New In KTM’s 2021 Motorcycle Lineup 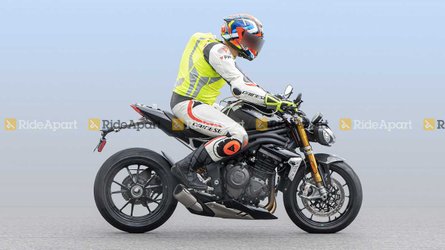 The New Bikes We Know Are Coming In January 2021