Kyle Wyman Seizes 2021 King Of The Baggers Title For Harley

In October, 2020, Harley-Davidson lost the inaugural King of the Baggers Invitational at California’s WeatherTech Raceway Laguna Seca. Less than a month later, in November, 2020, the Motor Company disbanded its American Flat Track and NHRA Pro Stock Motorcycle factory teams, opting for a dealer-driven approach. Racing seemed like the focus of Harley’s penny-pinching efforts, until the 2021 MotoAmerica King of the Baggers series, that is.

By April, 2021, the Bar and Shield announced that Kyle Wyman replaced Hayden Gillim at the factory team. Divorced from long-time race partner Vance & Hines, Harley turned to the in-house Screamin’ Eagle performance branch to prepare its new Road Glide Special race machine. Unfortunately for Harley, after months of rider and team development, the S&S Indian Challenger still secured the opening round victory at Road Atlanta on May 2, 2021. The tables soon turned, however.

Led by Screamin’ Eagle Harley-Davidson rider Kyle Wyman, the company seized control of the championship with a podium sweep at Road America on June 13, 2021.

Coming into the final round at the WeatherTech Raceway Laguna Seca, Wyman enjoyed a 16-point lead over Vance & Hines rider Hayden Gillim. Despite the comfortable buffer, Wyman pushed for the victory from the start, taking the holeshot into the famous Andretti Hairpin.

“I just wanted to give one lap of absolutely everything I had and see where that put me, and I saw plus one after the first lap and put my head down again,” said Wyman.

En route to a wire-to-wire victory, Wyman even nipped O’Hara’s 2020 fastest lap record at Laguna Seca, posting a lap time of 1:31.983. The number 33 crossed the finish line 4.388 ahead of O’Hara and the S&S Indian Challenger, laying claim to the 2021 King of the Baggers crown and number 1 plate. 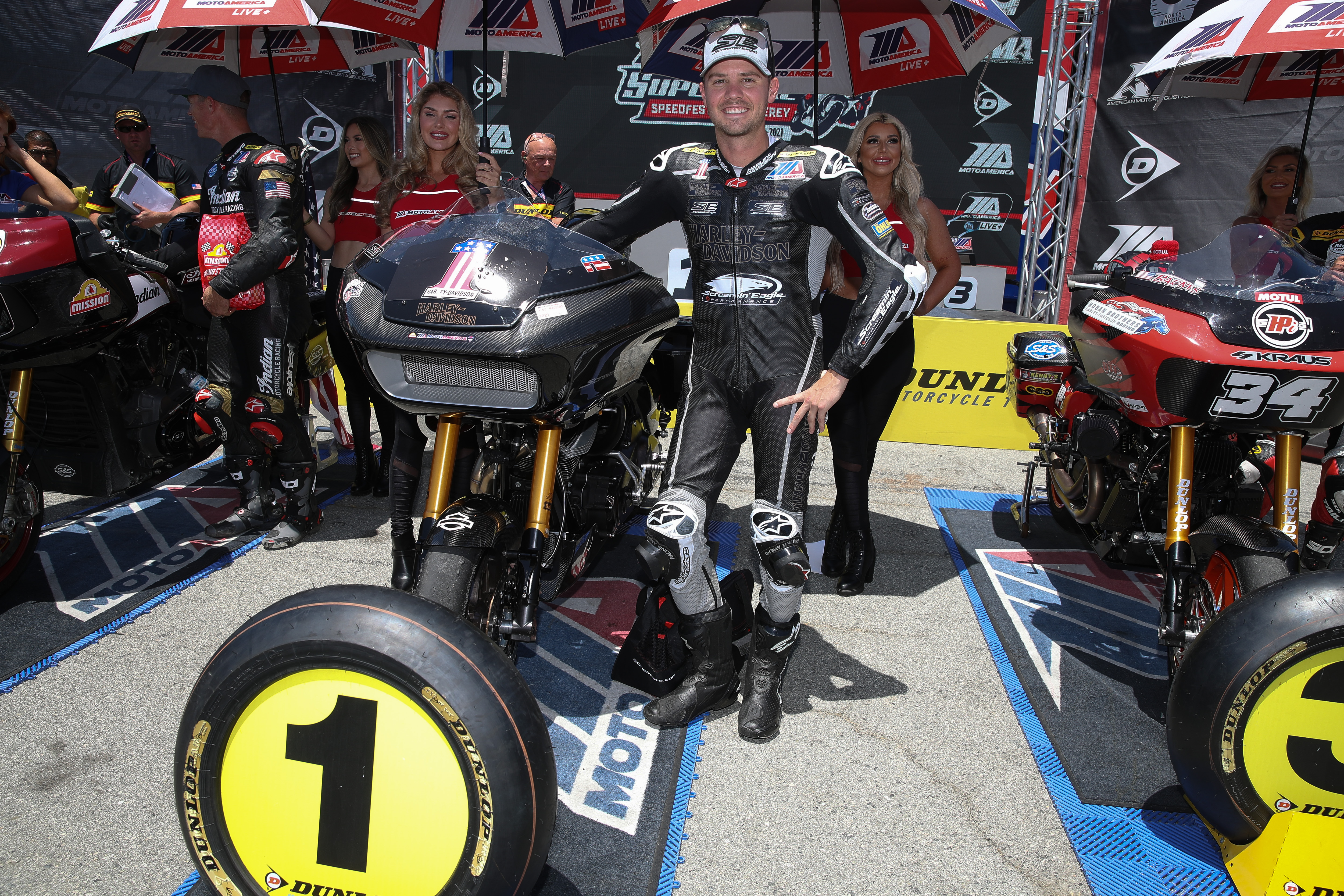 “The Harley-Davidson team has given me such an amazing motorcycle, and this is a dream come true for me,” added Wyman. “I grew up in a Harley-Davidson dealership but have been road racing all different brands. I never thought I’d race a Harley again after the XR1200 series, and here we are, King of the Baggers champions.”

Wyman ended the season with two wins, one runner-up finish, and a massive 70-point haul. Due in part to a mechanical DNF at the Road America round, O’Hara trailed behind at 45 points overall. Vance & Hines Harley-Davidson rider Hayden Gillim rounded out the top three with 39 points to his name.

We’ll have to wait for MotoAmerica to officially announce a 2022 King of the Baggers series before we know if Wyman and Harley will defend the number 1 plate next year. However, the Motor Company will enjoy its recent fortunes until then.