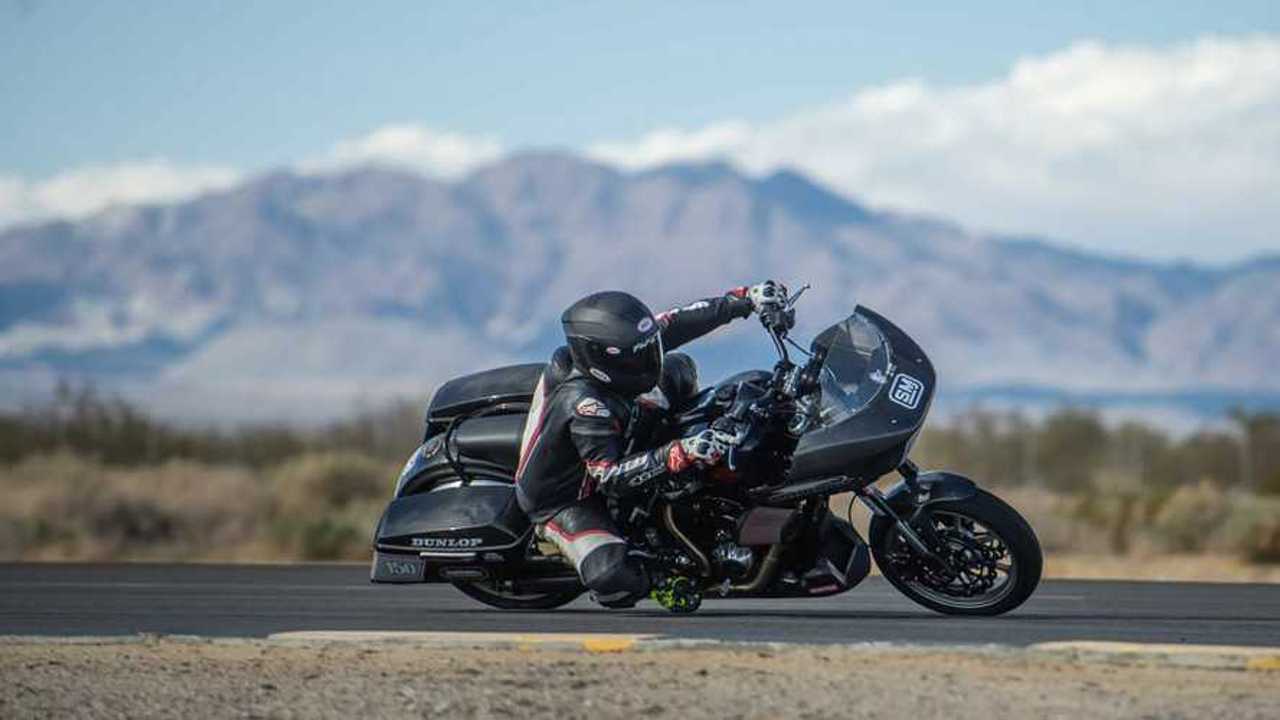 Are you not entertained?

Based on the reception of the very first King of the Baggers’ event back in October, 2020, the whole “bagger racing” thing seems to have a lot of untapped potential. The KotB series organizers have already confirmed that the baggers will be back on track in 2021 and that the calendar will now feature five events instead of one.

It looks like the new series opened the door to a whole new type of racing as founder Rob Buydos and cofounder John Oakes announced the creation of the brand-new Bagger Racing League on January 25, 2021. If you like to see big Harleys on a track, you’re about to see more of them!

The crew took advantage of a V-Twin Track Day hosted at the Chuckwalla Valley Raceway to make its big announcement. The first event is scheduled for June 25 to 27, 2021, and is going to take place at the Utah Motorsports Complex, in Salt Lake City. The event is advertised as the series “Round 1” which means we could possibly see more dates added to the calendar—unless the organizers are opting for a soft launch to get the ball rolling and gauge the interest.

All The Big Bore Racing:

King Of The Baggers Calendar Extended To 5 Events In 2021

According to Cycle World, who had a chat with Buydos, the league will feature four classes: Hooligan, for the Sportsters, FTRs, Scouts, and even Livewires; Big Twin for the push-rodders including the Harley Milwaukee-Eights and Indian Thunderstrokes; Stunters which will require the riders to qualify in a round of motorcycle stunts to determine the order of the starting grid; and of course, Baggers.

The publication quoted founder Buydos saying that they hope to turn their racing events into proper rallies, complete with motorcycle shows, demonstrations of all sorts, live music, and more.

Despite the “bagger” similarities, the BRL and King of the Baggers series or separate, though some team crossovers are expected between the two.

If you’re sold on the idea, tickets f the first-ever Bagger Racing League event will go on sale on February 26, 2021, so you might want to set up a notification on your phone or something—we can’t say how quickly or not the tickets will sell.