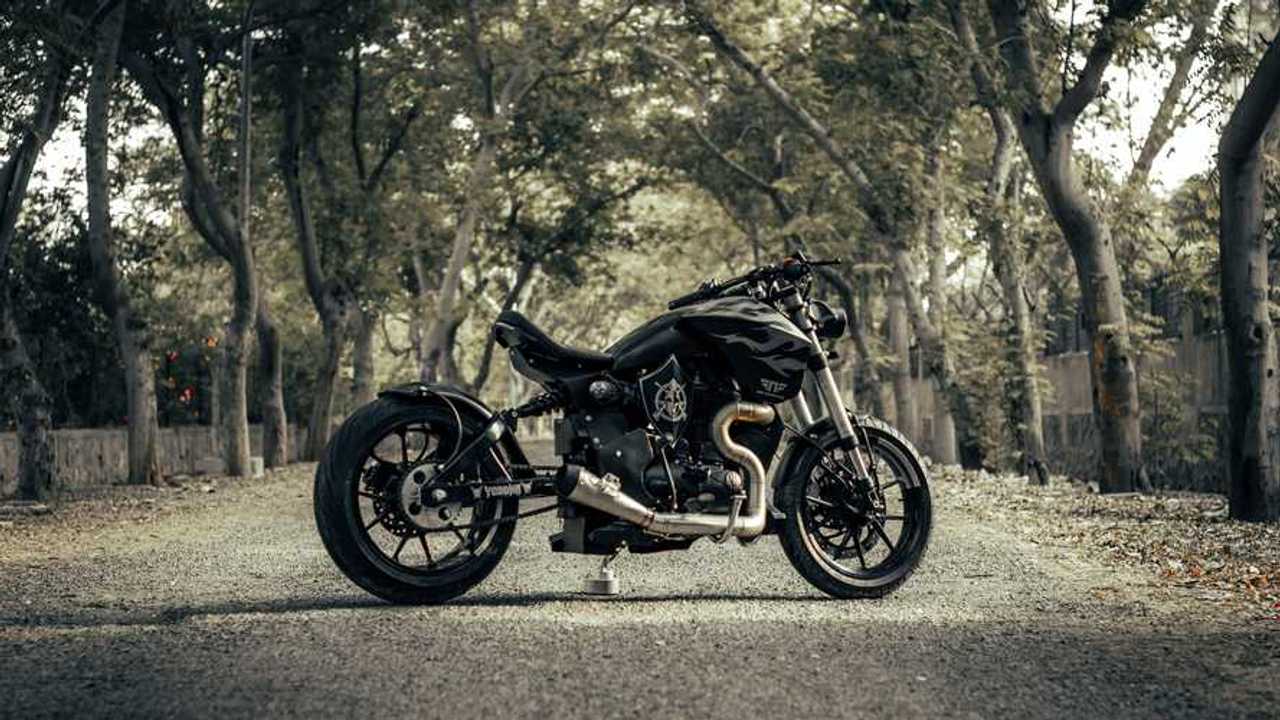 The Yoddha is ready for battle.

India’s Neev Motorcycles is known for radical design. The custom shop’s recent Queen build put that signature style on full display with an homage to American custom choppers. Prior to the audacious cruiser, Neev’s calling card was its Yoddha build. Based on Royal Enfield’s Thunderbird 350, the sharp streetfighter epitomizes the brand’s style.

However, Neev founder and lead designer Navneet Suri wanted to revisit the concept as a 500cc naked bike. The new Yoddha is every bit as aggressive, but the garage takes the custom to the next level with some choice additions. The Hindi word Yoddha translates to Warrior, and the half-liter custom certainly captures a fighter’s stance thanks to the bespoke swingarm.

A monoshock connects the swingarm to the modified frame and a bobber-style fender adds to the custom look. Under that handcrafted fender, a 17-inch wheel and chunky 190 rear tire give the Yoddha a stout appearance, but a USD fork and 110 front tire keep the warrior fleet-footed. The stainless header pipe routes back to an M4 muffler, delivering a throaty battle cry for the Yoddha 500.

With the build's performance sorted, Suri knew the Warrior’s image needed to match its might. If the angular gas tank isn’t aggressive enough, the flame paint job certainly does the trick. The warrior motif also extends to the shield-shaped side panels and Centurion graphics. The Yoddya isn’t a complete brute, however. Touches like the LED light strip integrated into the single -seat pan add a level of refinement to the spartan build.

Yes, the warrior may be a little rough around the edges, but it lives up to Neev Motorcycles’ reputation for radical design.

The Royal Enfield Meteor 350 Would Make A Badass Scrambler
⠀