Kawasaki’s New WSBK Livery Takes Us Back To The ‘90s 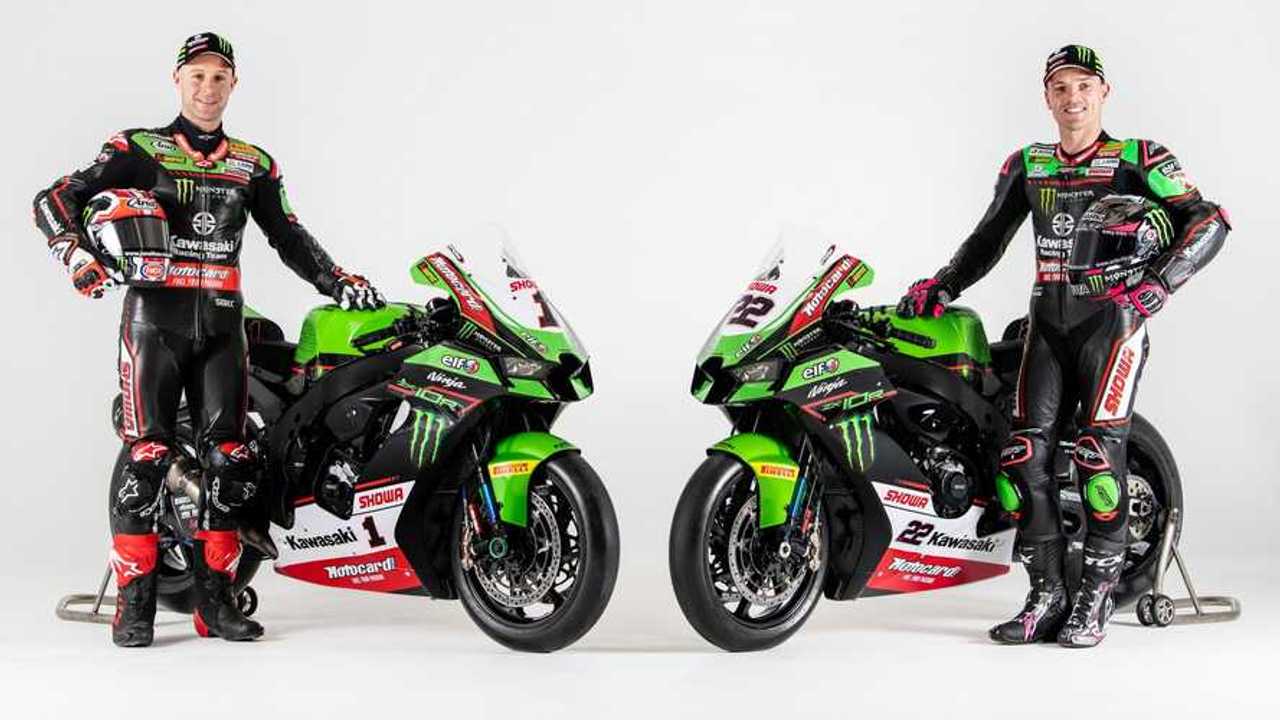 The Ninja gets a new wardrobe.

Apparently, the old adage, “If it ain’t broke, don’t fix it” doesn’t hold water with the Superbike World Championship (WSBK) Kawasaki Racing Team (KRT). Piloted by Jonathan Rea since 2015, the green machine has captured six consecutive world championships. Never ones for complacency, KRT revealed the newly updated ZX-10RR in November, 2020. With the WSBK season around the corner, the time has come to lift the covers off the new race machine livery.

Rea and KRT haven’t just squeaked out title runs in the past six years, they’ve had the WSBK series in a stranglehold. However, Ducati’s Scott Redding posed a credible challenge to Rea’s reign throughout the 2020 season. Despite the new rivalry, the Northern Irish rider comfortably secured his crown by a 55-point margin. With a Ducati offensive on the horizon, Kawasaki sharpened its track weapon for the upcoming battle.

Out with the old.
In with the new.

For 2021, the ZX-10RR received a higher-revving engine, a new tail section, and a reshaped fascia. That updated front fairing also features inboard winglets to help with wheelie control and aerodynamics. To further develop the new platform, Kawasaki will utilize 3D printers for rapid prototyping.

The new season also brings a host of changes for the KRT livery. Calling back to Kawasaki’s race liveries of the 1990s, the new ZX-10RR receives simplified graphics. Out with the gold lettering and honeycomb background, in with the green/black base and red/white accents. The new-look suits the updated race machine and Kawasaki hopes the new Ninja can snatch them yet another title.

The fight won’t be easy, though. Kawasaki only topped Ducati by a single point in the 2020 Constructor’s championship. If Green Team is to retain the throne in 2021, Alex Lowes will also have to contribute to the effort. After capturing four podiums and one win in 2020, the British rider returns for his second year with KRT. Hopefully, the rider pairing, new ZX-10RR, throwback livery will be enough for Kawasaki to hold off its resurgent challengers in 2021.