The Yatri Project Zero Electric Motorcycle Is A Go

Bookings for this electric ripper commence this month.

At first glance, the Yatri P0 bears quite an uncanny resemblance to the Husqvarna Vitpilen. It shares a similarly styled trellis frame, and an even more similar tank and seat assembly. A round LED headlight adorns the front end, while inverted forks and a mono-shock handle suspension duties fore and aft. Set to make its debut in Yatri's public demo event, bookings for the P0 will commence on the 23rd of April, this year.

Yatri has used the simple, yet effective design philosophy of 'Elegance in Motion' when it comes to the P0. While there's no doubting that the bike's styling is futuristic with a retro touch (again, just like the Husky Vitpilen), the P0 packs quite a punch on the performance front. It gets a high-tech Lithium-Nickel-Manganese battery pack which holds 8 kWh of energy. The company has tested the range of the battery to be an impressive 230 kilometers.

Even more impressively, the Yatri P0 gets a 48 kW electric motor which pumps out an exhilarating 64 horsepower and 479 ft-lbs of torque (wow). This means the Yatri P0 can propel itself from 0 to 100 kilometers per hour in under five seconds. Its top speed, however, is limited to 140 kilometers per hour. Now, as far as acceleration is concerned, it sits in the same level as 650cc class motorcycles in the market.

As far as features are concerned, the Yatri P0 gets an impressive seven-inch full-color TFT screen. Complete with loads of sensor data, it even gets 4G connectivity and built-in navigation. Other features include keyless start, as well as On-The-Air (OTA) updates for the bike's sophisticated software and electronic systems. 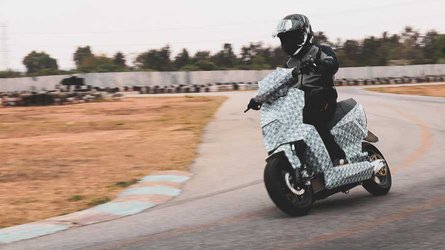 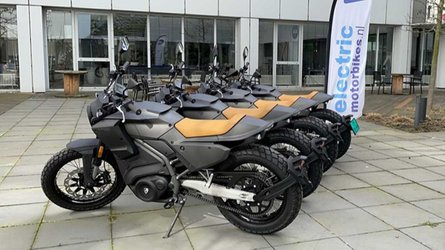