New and exciting models in the horizon.

Unbeknownst to many American motorcycle enthusiasts is CCM, a British motorcycle maker based in Bolton, England. Founded by Alan Clews in 1971, Clews Competition Machines, or CCM as it has become known, became popular for its purpose-driven dirt bikes. Having produced a variety of motorcycles over its half-century lifespan, CCM has recently regained popularity in England and other parts of Europe with the Spitfire range of bikes.

Prior to venturing into street bikes, however, CCM was primarily involved in the development of off-road racing machines, and made use of a variety of engines from different manufacturers. Most notably, engines from Rotax, Suzuki, and Kymco have all seen use aboard CCM machines, however, the company finds its roots in the early 70s by way of BSA engines and components. This was born out of BSA's struggles, which eventually led the Small Heath based company to shutting down.

Fast forward to 2021, and CCM continues to be a player in the specialized motorcycle scene. While not exactly considered as beginner-friendly motorcycles due to their punchy engines and rather expensive price tag, CCM's Spitfire range of bikes has gained quite a cult following. This year, CCM celebrates its 50th anniversary, and promises to deliver even more exciting models in the coming months.  At present, the company boasts an impressive nine different iterations of the Spitfire series of bikes.

The Spitfire presents itself as an incredibly versatile platform, with iterations of this motorcycle ranging from off-road capable scramblers, to laid-back bobbers, to sporty and aggressive cafe racer-style machines. Most recently, CCM launched the Blackout variant of the Spitfire, priced at £8,995 or the equivalent of $12,398 USD, it's by far the most affordable Spitfire in CCM's model range. 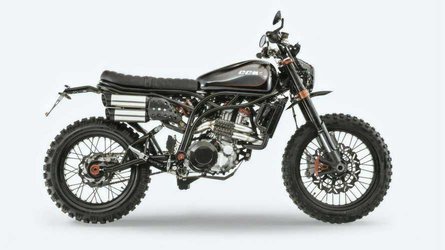 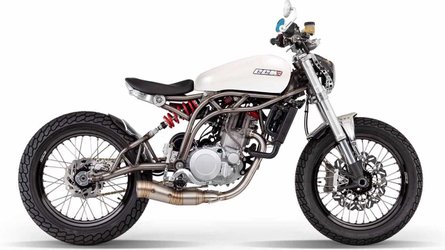