Get a load of this thing.

Honda first introduced the Gyro cargo trike in 1982; a tilting trike that catered to commercial business and pick-up/delivery services. To meet a variety of needs and uses, the Gyro range included the Gyro Up, Gyro X, and Gyro Canopy. The lineup was commonly powered by a 50cc, two-stroke engine until Honda switched to a four-stroke mill in 2008.

Though the Gyro Up was discontinued in 2008, the Canopy and X variants live on to this day in 2021. Now, Honda is adding another member to the Gyro family with the 2021 Gyro e. Combining the cargo scooters’ utility with a modern electric drivetrain, the new electric trim ensures the Gyro name will live on well into the future. 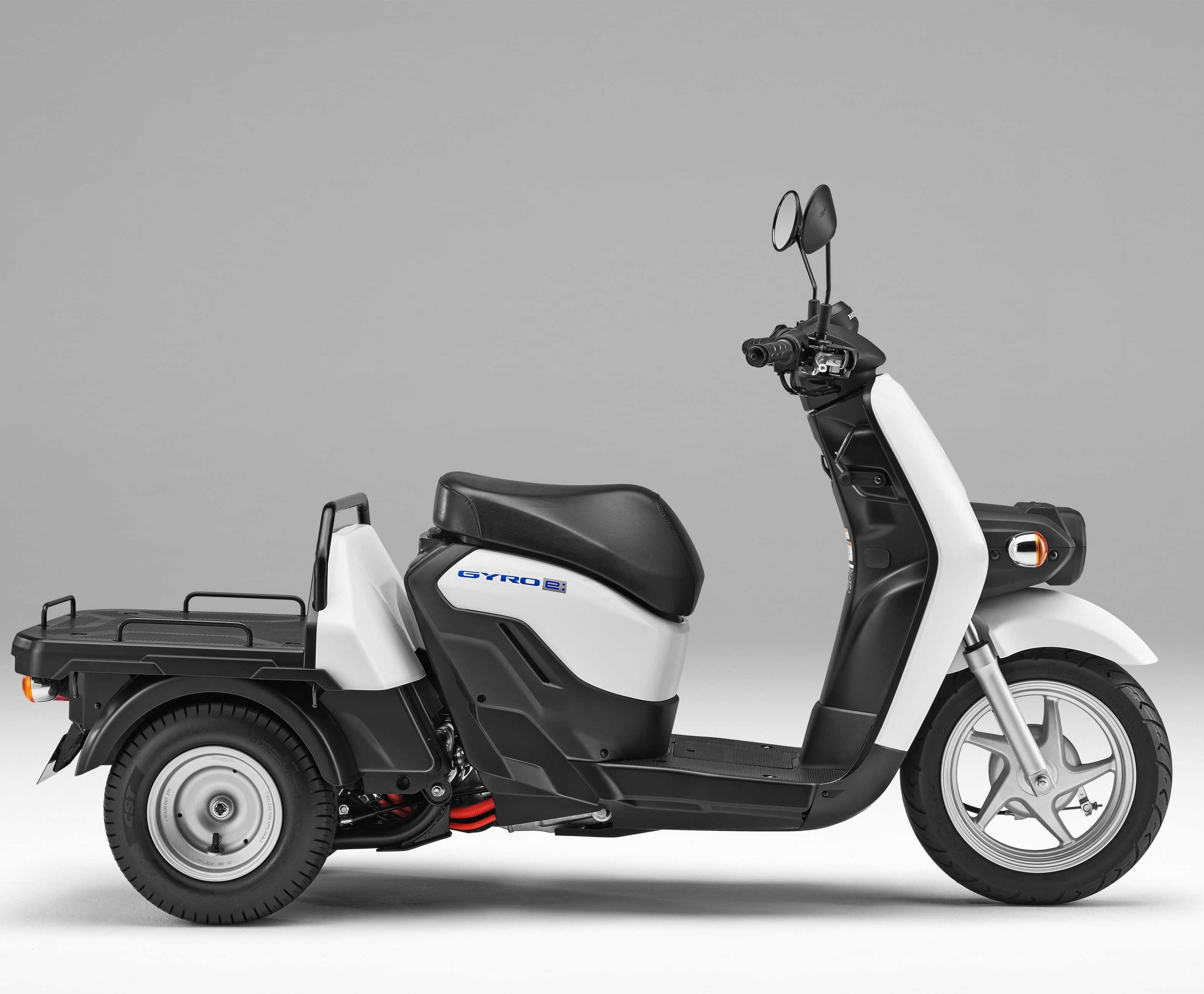 Similar to its internal combustion counterparts, the Gyro e features a three-wheel configuration with two wheels supporting the cargo platform at the rear. A hinged coupling mechanism links the fore and aft compartments while a coaxially-mounted differential gear adjusts wheel speed while turning. The “luggage car” features a stopper bar and rope hook to secure cargo and the low-mounted headlight accommodates an after-purchase front basket.

Unlike its fellow Gyro members, the new electric model boasts an advanced EV system. Featuring Honda’s Mobile Power Packs, users can easily swap out dual fuel cells under the rider seat. The pair of batteries produce 96 V of electricity and result in a 45-mile (at 19 mph) and recharge in just four hours. With fast charge times and swappable battery technology, the Gyro e should keep riders on the road all day. 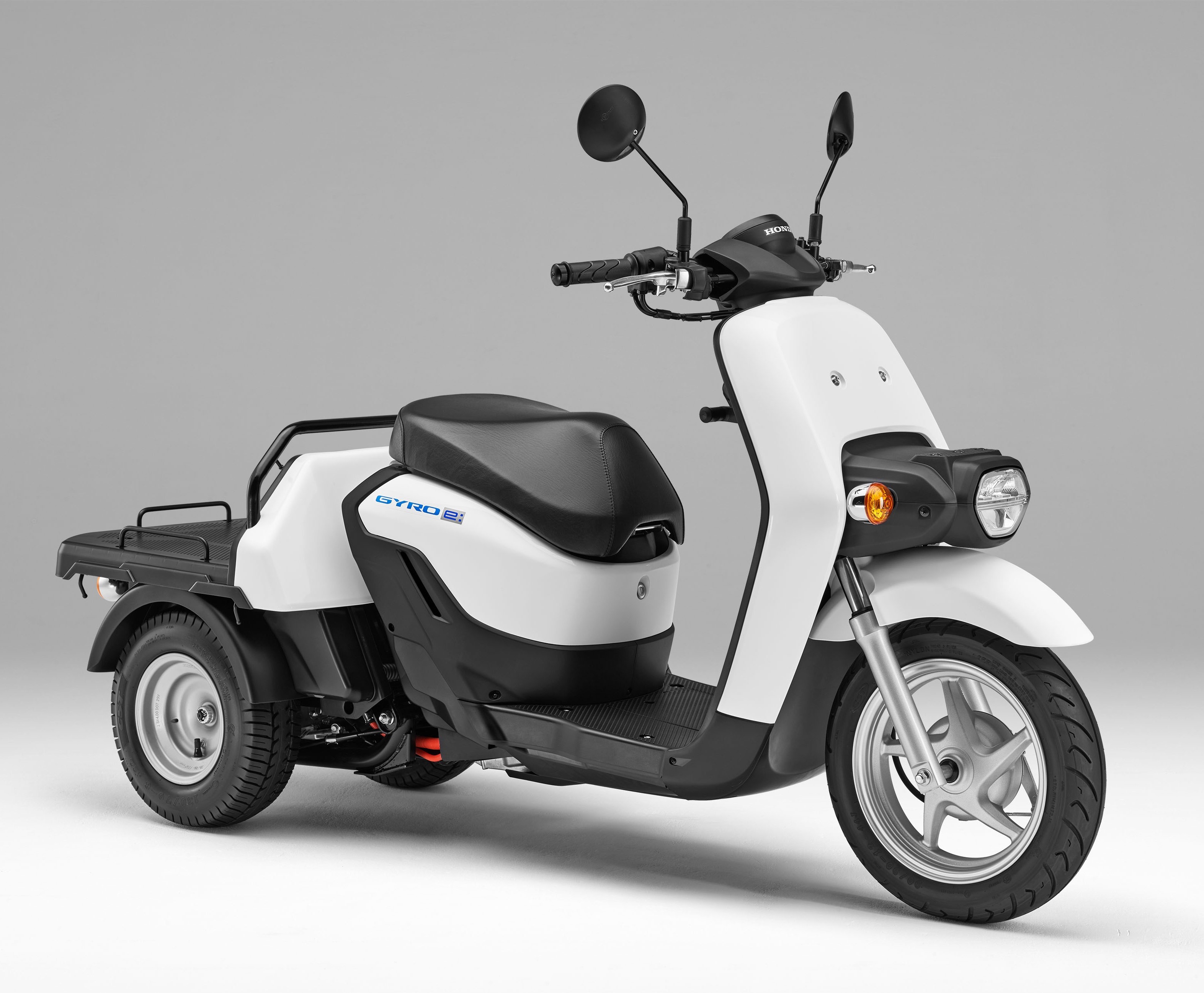 Along with the battery packs, the motor is also removable for ease of repair. The electric mill also generates a maximum output of 4.3 horsepower and 9.6 lb-ft of torque. Those approachable numbers don’t stop with the power figures, however. The Gyro e also lists a 28-inch seat height and a 310-pound curb weight.

A Feast Of Gyros: