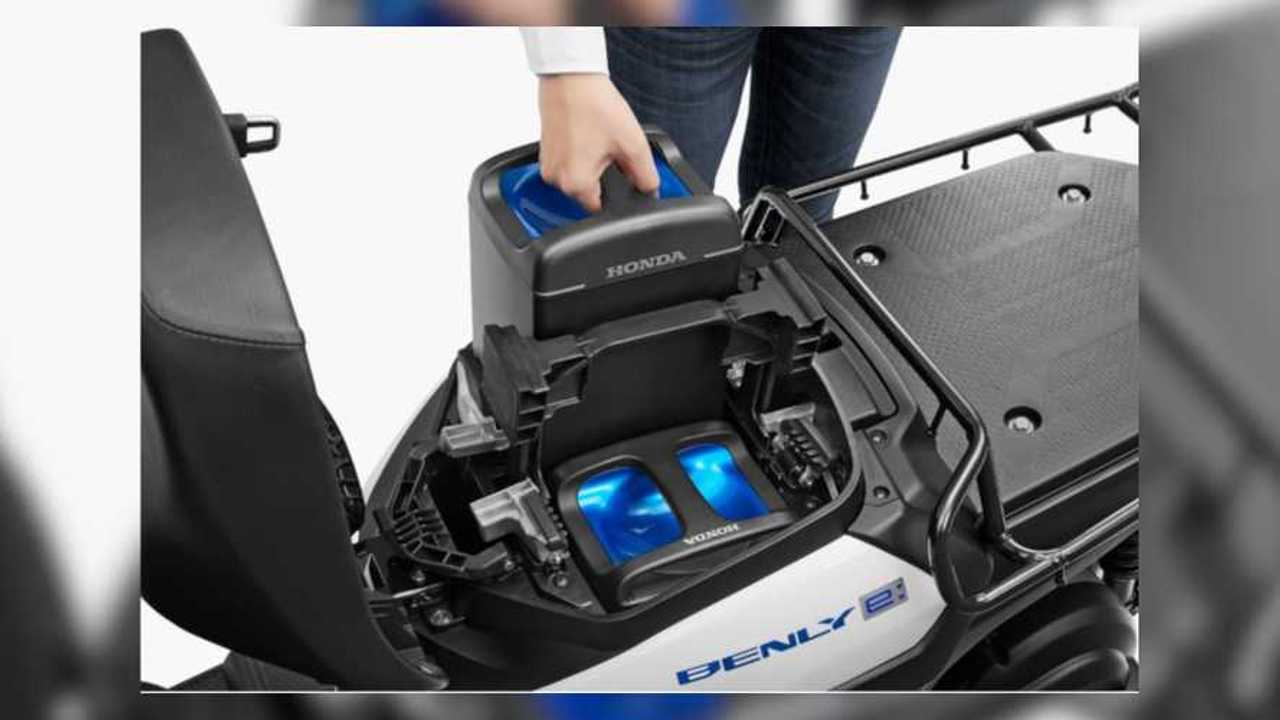 A new swappable battery system has entered the arena.

Electric scooters and swappable batteries are starting to go together like a slice of pie and some coffee. Back in July 2018, Honda first announced that it was working on its own swappable battery tech in partnership with Panasonic.

Now, on the occasion of the 46th Tokyo Motor Show, Honda introduced its Honda e:Technology program on October 23, 2019. The company calls it a collective name for its “high-efficiency electrification technologies including electrified two- and four-wheeled mobility products as well as Honda’s energy management technologies.”

To showcase its swappable batteries in particular, Honda has introduced new electric versions of two rugged delivery scooters that already exist in internal combustion-engined forms. The Benly E and Gyro E are two-wheeled and three-wheeled electric scooters, and they’re both adorably rugged beasts that produce power roughly equivalent to 125ccs.

Pop the seat up on either, and you’ll find readily swappable Honda Mobile Power Packs underneath. There’s no storage space under the saddle, as with more conventional scooters—but since these are intended as delivery workhorses, both have ample cargo space on their rear. The Benly E also has a cute and useful black metal basket that hangs in front of the handlebars, near the headlight.

The name “Benly” is a romanized version of the Japanese word “benri,” which means “convenient.” Provided that Honda’s plans for an infrastructure rollout to support swappable batteries like this are robust, it should live up to that name.

The thing is, we don’t know anything about that part of the puzzle yet, because Honda only introduced those new vehicles and rolled out the e:Technology announcement. The company hasn’t yet offered any details about the necessary infrastructure plans. It also said that it’s marketing these solutions toward businesses such as delivery services for the immediate future, not everyday consumers.

Perhaps that tells us something in and of itself, though. It’s theoretically easier to centralize charging docks for those swappable batteries among the much smaller, less widespread delivery community. Once those systems are in place and running smoothly, it should then theoretically be easier to take what Honda learns and develop a strong, smooth charging station infrastructure for regular two-wheeled consumers.

Honda hasn’t announced specific plans to bring this tech to motorcycles. However, it also hasn’t officially said that it will not do so in the future, so that’s … positive, I guess?